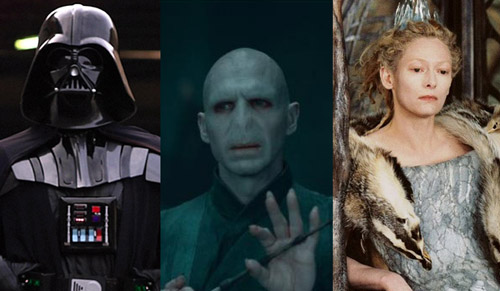 I’ve noticed something strange when talking to friends and relatives and neighbors about politics, or about the future of the world. Many people seem to believe that ultimate evil is a real and powerful force in our lives today. They believe that this evil threatens our families, our society and our nation, and they see it as our responsibility to prepare to fight this evil to the death.

Evil, according to this notion, is an eternal force, absolute and self-sufficient. It is beyond reason or negotiation; it can only be defeated for a generation, after which it will rise again, ready for another battle. We train ourselves for this recurring combat by consuming pop-culture representations of the enemy we must eventually fight: Darth Vader, Voldemort, the White Witch. These mythical creatures are widely understood to have direct correspondents in international history and politics: imperial Japan, Nazi Germany, Red China, Soviet Russia, Al Qaeda, Iraq, Iran.

I have never believed in the existence of ultimate evil, and I suppose this helps explain why I disagree so often with people I talk to about current politics. I was recently struck by the coincidence of two people I was talking with in two separate conversations — both of them progressive liberals, smart and well-informed — pointedly declaring to me that they are not pacifists. This is apparently a badge of honor for both of them, or perhaps it’s more precisely an insignia of their membership in the army of good vs. evil. When the dark lord shows his face, I will be ready to fight. An awareness of quasi-mythical evil in the dark corners of the world also seems, unfortunately, to be present in nearly every American politician’s foreign policy platform.

It must be the philosopher’s job today to examine this kind of groupthink critically, and to help us reach a level of understanding that is less childish, less destructive, less obviously cartoonish. This is more vital than ever today, since modern weaponry has made the stakes for war and peace so high, and since cross-cultural paranoia appears to be currently at a hysterical peak.

Does any scientific or psychological model for “ultimate complete evil” exist? I don’t think so, though there are certainly many ancient religious (the Bible, the Koran) and literary (Dante, Shakespeare) models for it. It’s hard to imagine the belief in ultimate evil passing any examination on scientific grounds, though, because the model is likely to stumble over questions like these:

There is an alternative to the doctrine of real and ultimate evil, and in fact this alternative is a pillar of the philosophy of pacifism. According to this worldview, acts of horrible evil can be traced not back to original sin but to original mistakes. Evil, according to this worldview, may become real, but it is never inevitable, and it is never incurable.

These historical explanations do not excuse the horrors that followed, but they do provide an answer for the future: perhaps our best chance to end the cycle of war and violence in the world can be found not in greater military preparedeness and action, but in greater global understanding. We don’t need to master the cycle of violence, but rather we need to end it.

Much of what I say here appears to me to be obvious, and is in fact part of Pacifism 101. But it’s a striking fact that many people see it differently than I do. Several of my recent friendly conversations and debates about politics have made me realize how deeply the question of the nature of evil underlies everything else we believe about foreign policy, about history, about our options for the future.

If you truly consider human evil to be an eternal and incurable condition that is currently present in the world, then this belief will inevitably become the basis of your entire ethical philosophy, and of your practical political positions as well. The nature of evil is therefore a question of gigantic importance. It’s worth thinking twice about.