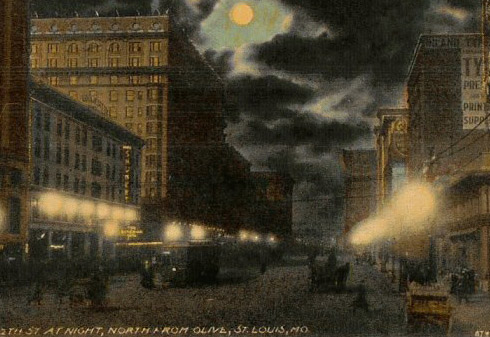 Last week I asked about your favorite poems, and I really enjoyed the stream of responses which included, in the order in which they were posted: “The Love Song of J. Alfred Prufrock” by T. S. Eliot, “High Flight” by John Gillespie Magee, Jr, “The Height of the Ridiculous” by Oliver Wendell Holmes, Matthew 6:25 – 34, “Out of the Cradle Endlessly Rocking” by Walt Whitman, “The City in Which I Love You” by Li-Young Lee, “Poem In October” by Dylan Thomas, “Constantly Risking Absurdity” by Lawrence Ferlinghetti, “A Supermarket in California” by Allen Ginsberg, “l(a” by e.e. cummings, the entire “Leaves of Grass” by Walt Whitman, “Herbsttag” by Rainer Maria Rilke, “Death Fugue” by Paul Celan, “Cloud” by Vladimir Mayakovsky, “The Waste-Land” by T. S. Eliot, “What a Piece of Work is Man” (from “Hamlet”) by William Shakespeare, Sonnet 130 by Shakespeare, “The Second Coming” by W. B. Yeats, “Kaddish” by Allen Ginsberg, “Power” by Gregory Corso, poems by Jane Kenyon, Anne Sexton, Christina Rossetti, Carl Sandburg, “Wild Swans at Coole” by Yeats, “The Drunken Boat” by Rimbaud, “Sonete Postrero” by Carlos Pellicer, “Sonnet” and “Masa” by Cesar Vallejo, “in Just-/spring” by e. e. cummings, “Howl” by Allen Ginsberg, “The Raven” by Edgar Allen Poe, “When i consider how my light is spent” by John Milton, “The Purist” by Ogden Nash, “Nothing Gold Can Stay” by Robert Frost, Sonnet 116 by Shakespeare, “As The Mist Leaves No Scar” and “The Reason I Write” by Leonard Cohen, “So I said I am Ezra” by Archie Ammons, “This is Just to Say” by William Carlos Williams and “Variations on a Theme by William Carlos Williams” by Kenneth Koch, “And Death Shall Have No Dominion” by Dylan Thomas, “In Society” by Allen Ginsberg, “Acquainted with the Night” by Robert Frost, “13 Ways of looking at a blackbird” and “The poem that took the place of a mountain” by Wallace Stevens, “The Death of the Ball Turret Gunner” by Randall Jarrell, “Fern Hill” by Dylan Thomas, “Mending Wall” by Robert Frost and “Love is a Dog from Hell” by Charles Bukowski.

The first one mentioned (by none other than my LitKicks co-editor Jamelah) happens to be my own favorite. T. S. Eliot began writing his poem “The Love Song of J. Alfred Prufrock” in 1910, when he was a 22 year old philosophy graduate student. Five years later it was published in Poetry Magazine, and it became his first famous work.

Nearly a hundred years later, it’s still puzzling and fascinating us. On the surface it is an ugly little poem, a satire about a “hollow man” presumably from T. S. Eliot’s own hometown of St. Louis, Missouri (to where the name “Prufrock” has been traced). The poetic style appears at first clumsy, intentionally malformed, and certainly unmusical. Except that, by the third reading or so, the music starts to creep up on you. And the naive phrases, the crude brushstrokes of an inelegant man, start to become elegant.

The poem is notable as a literary milestone in several ways. Like James Joyce’s “Ulysses”, which was published a few years later, it is an intense interior monologue, a modernist stream of consciousness. Eliot’s narrator compares himself to a bug wriggling on a pin before Franz Kafka began to dream up “Metamporphosis”. And, Eliot composed the poem as a cut-up, a cubist mental collage, half a century before William S. Burroughs began to make the “cut-up” style famous.

“Prufrock” is an incredibly innovative and important poem, but that’s not why I want to write about it.

I want to write about T. S. Eliot’s strange poem because it captures the insanity, intensity and sheer length, width and breadth of human feelings more than any other poem I have ever read. The author holds nothing back. We’re inside the head of J. Alfred Prufrock, a thin, middle-aged man from a notable upper-class family. He seems to be a type we’ve all met, an ineffectual and frightened snob, who probably listened to everything Mother and Father said as a child and then failed to grow out of this as an adult.

He never married, and in his middle age is probably either a virgin or close to it. He haunts tea parties and dances, feeling ridiculous and alone, and dreaming of making love to the women in the room. This poem is his brain scan, as he wanders from room to room.

He wants to ask a woman to dance, or catch someone’s eye. He knows he is eligible enough to interest a woman, but his inner thoughts and fears won’t allow him to risk a moment of sexual vulnerability, despite his raging desires. His thoughts veer wildly from the warmly romantic to the coldly clinical, as in the opening lines:

Let us go then, you and I
when the evening is spread out against the sky
like a patient etherized upon a table

We hear this and we instantly know that Prufrock has problems. He may be mentally ill — he hints to the reader of dark secrets, hallucinates that his city’s polluted fog is actively oppressing him, and imagines himself beheaded like John the Baptist. But there is something in his language, in his odd turns of phrase, that endears him to us, and hints at a higher purpose.

Like P. G. Wodehouse’s Bertie Wooster, Eliot’s Prufrock is a supposedly dull character whose private language — the words he uses to narrate his experiences to us — reveal an entirely different dimension. Prufrock may be a lousy conversationalist, but he can sure sing to us:

A chaste prude, Prufrock imagines sex as a cataclysmic, orgasmic confrontation with the universe itself. This poem reminds us that, in some deep sense, to make love to another person is to make love with existence itself, to engage with the world, to touch outside yourself. This is what the poem is about. In line after line, Prufrock departs from the flesh and blood around him — departs from the surface of the planet, it seems — to soar into twisted, psychedelic, almost comically overblown realms of imagination.

should I, after tea and cakes and ices
have the strength to force the moment to its crisis?

Do I dare
Disturb the universe?

To have squeezed the universe into a ball

In the last verses, the party winds down and we can tell that Prufrock will not be getting lucky tonight, or any night soon. But he continues to torture himself, desperately trying to find a way to reconfigure his persona and find his lost confidence:

Shall I part my hair behind? Do I dare to eat a peach?

I love this parting shot in the final section, not only because it’s a hilariously innocent image, a good sexual innuendo, and the inspiration for an Allman Brothers album. I love it because T. S. Eliot had the nerve to write such a childish thought. To present such poetic inanity in the service of truth is no less than an act of courage.

I have a few more things I’d like to say about T. S. Eliot, and I have a feeling you’ll be reading more articles from me about him in these pages. For today, I just want to pay tribute to the most honest, most memorable and most astounding poem I have ever read.