A Brief History of Haiku 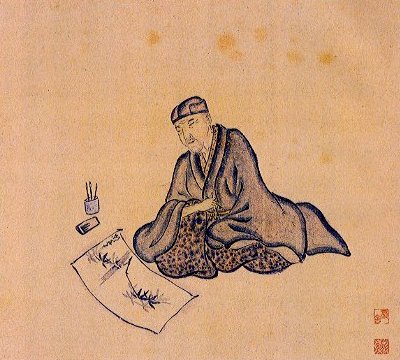 During the Heian period of Japanese culture (700-1100), it was a social requirement to be able to instantly recognize, appreciate and recite Japanese and Chinese poetry. It was around this period that short forms of poetry (tanka) grew in popularity over long forms of poetry (choka). The rigid lifestyles of the time carried over into art; every poem had to have a specific form. The approved form was the 5-7-5 triplet followed by a couplet of seven syllables (this was the Japanese equivalent to the iambic pentameter of Shakespeare’s England).

From this form developed the renga (linked verse) and the kusari-no-renga (chains of linked verse). These forms were used almost as parlor games for the elite. However, in the mid-sixteenth century there began a rise in “peasant” poetry. It was then that Japanese poetry underwent a rebirth in which the staid forms of the past were replaced with a lighter, airier tone. This new form was called haikai and was later named renku.

Haikai consisted of a beginning triplet called a hokku. The hokku was considered the most important part of the poem. It had two principal requirements: a seasonal word (kireji) and a “cutting word” or exclamation.

The poet Basho infused a new sensibility and sensitivity to this form in the late seventeenth century. He transformed the poetics and turned the hokku into an independent poem, later to be known as haiku. Basho’s work focused around the concept of karumi (a feeling of lightness) — so much so that he abandoned the traditional syllabic limitations to achieve it.

In “On Love and Barley: Haiku of Basho”, Lucien Stryk wrote:

“Basho’s mature haiku style, Shofu, is known not only for karumi, but also for two other Zen-inspired aesthetic ideals: sabi and wabi. Sabi implies contented solitariness, and in Zen is associated with early monastic experience, when a high degree of detachment is cultivated. Wabi can be described as the spirit of poverty, an appreciation of the commonplace, and is perhaps most fully achieved in the tea ceremony, which, from the simple utensils used in the preparation of the tea to the very structure of the tea hut, honours the humble.”

Basho also was one of the earliest proponents of spontaneous prose. He believed in and preached the concept of Shasei (on-the-spot composition and tracing the subject to its origin). To give an idea of his influence, a contemporary school of haiku, Tenro, is popular all over Japan. It includes some two thousand members all over the country who meet at designated temples to write as many one hundred haiku a day. The goal is to attempt to enter objects and share the “delicate life and feelings.”

Since the time of Basho, the history of haiku mirrors the Zen ideal that it oftentimes relates. While it has gone through many transformations, developments, and revisions, good haiku today is surprisingly similar as to when Basho developed the form in the seventeenth century.

So what should haiku accomplish? What should it provide the reader? According to the classic haiku poets of Japan, haiku should present the reader with an observation of a natural, commonplace event, in the simplest words, without verbal trickery. The effect of haiku is one of “sparseness”. It’s a momentary snatch from time’s flow, crystallized and distilled. Nothing more.

Of all the forms of poetry, haiku perhaps is the most demanding of the reader. It demands the reader’s participation because haiku merely suggests something in the hopes that the reader will find “a glimpse of hitherto unrecognized depths in the self.” Without a sensitive audience, haiku is nothing.

Two other major haiku poets, both of whom followed in the tradition of Basho, were Buson and Issa.

There is a growing tradition of western Haiku, and Beat writers such as Jack Kerouac have brought about a new awareness of the possibility of modern Haiku.