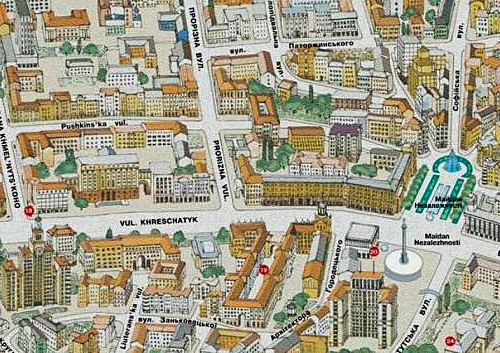 Last weekend I suggested that we attempt the exercise of visualizing global conflicts as Sudoku puzzles, and explained some of the basic techniques typically used to solve these puzzles. I then got a bit carried away discussing the difference between Sudoku and KenKen puzzles, and how some KenKen techniques could also be applied. One commenter was smart enough to ask: just what difficult questions was I trying to answer? This question brought me back to earth, and I promised to respond today.

The broad question I want us to consider is the same one I’ve been asking here for a long time. Why are we stuck in a militarized society, so stuck that most people don’t even realize an alternative is possible? What are the conditions that can enable world peace?

This is the broad question, and in this sense the entire history of the world leading up to today is the puzzle I want to solve. This puzzle contains other puzzles within it. Europe is a puzzle, Africa is a puzzle, Asia is a puzzle, North America is a puzzle. These puzzles also contain puzzles. Within Europe, Ukraine is a puzzle, Russia is a puzzle, France is a puzzle. In order to focus on something very relevant right this minute, let’s look at the stunning events of the last couple of weeks in Ukraine — violence and determined protests on the streets of Kiev, hot dealings between Russia and its puppet government, news flashes arriving by the minute — as our first case study.

Far from the action, here in my United States of America, we constantly hear of Ukraine as a mystifying place, a cauldron of dark ethnic, economic, historical and ideological conflicts that nobody outside Ukraine can fully understand, and that many inside Ukraine may not fully understand either. Let’s take up the challenge and propose Ukraine as a puzzle that we can attempt to solve.

The first of the six images is a pleasant city map of Kiev, Ukraine’s embattled capital city, that I found online. This is the only one of the six images I’ll show today that is not dark or violent. Perhaps it shows Kiev in the best light, as a peaceful place to live. On the right edge of this map, you see Independence Square, where protests are taking place today. The photo below shows the recent explosive confrontation taking place as we speak at this spot. 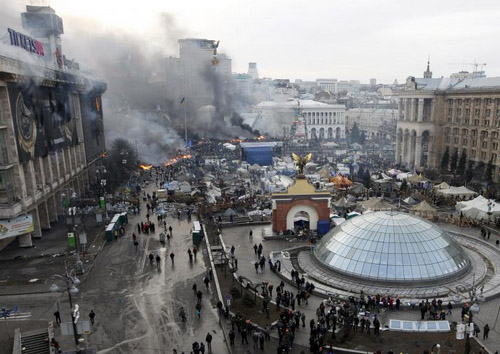 Now, let’s dive into the 20th Century, which was not kind to Ukraine. In the 1930s, Ukraine was a part of the Soviet Union — not a satellite, like Poland and Hungary later became, but a part of the nation itself. Many anti-Communists and nationalists in Ukraine fought against the Soviet Union, and this was the political motivation behind Stalin’s horrific campaign of genocide by farm collectivization and starvation that killed many millions of Ukranian peasants and rural workers. This genocide is known as the Holodomor, and here is one of many images from this horrible time. 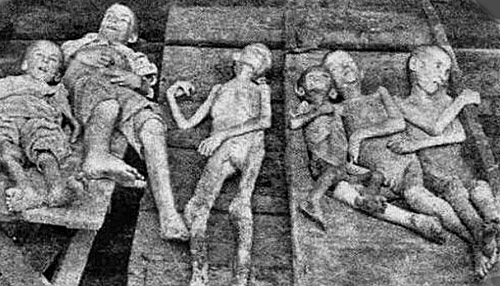 Things stayed terrible after the Second World War began. This is the Babi Yar massacre that took place after Nazi Germany invaded Ukraine as part of its invasion of Russia, and Nazi death squads rounded up and shot every Jew they could find. (Sadly, they found most of them very easily.) 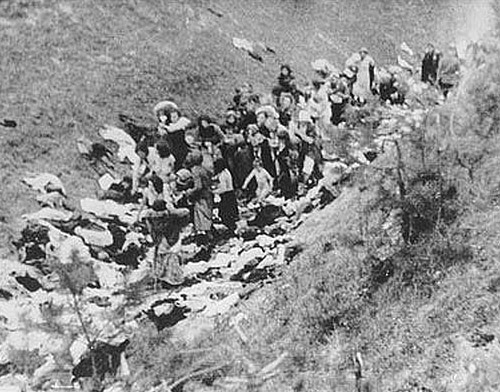 At Babi Yar, the Nazis killed the Jews, but there were also massive pogroms at the same time in which Ukranian citizens tortured, raped and killed Jews, emboldened by the Nazi takeover of Soviet Ukraine. After years of terrible repression under Soviet rule, the Ukranian nationalist violence against the Jews was apparently not inspired so much by religious or ethnic anti-semitism as by the identification of the Jews as Communists or Soviet agents. It seems doubtful that these two terrified Jewish women being tortured on the streets of Lvov were Soviet agents, but they were the closest thing the rampaging Ukranians could find. 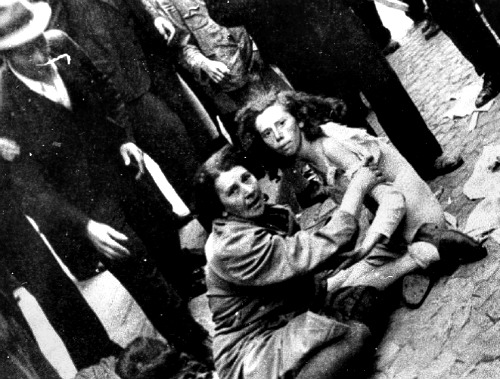 The Soviet Union ended up beating back the Nazis and reabsorbing Ukraine into the Soviet Union. By the time they retook Kiev, it looked like this. These are Soviet soldiers walking past the city, which was entirely destroyed after four years of total war. 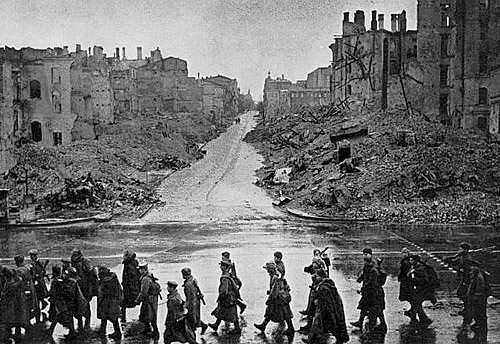 These six images, then, are the puzzle we want to solve. How do they fit together? What patterns can be discerned? How does this relate to the hopefully happier future history of Ukraine that is unfolding as we speak today?

I’d like to continue this exercise next weekend, at which time I will explain my own answer to this question, which will be, of course, only one of many possible answers. I’d also love to hear any thoughts you have.