Philosophy Weekend: The Case Against Egoism 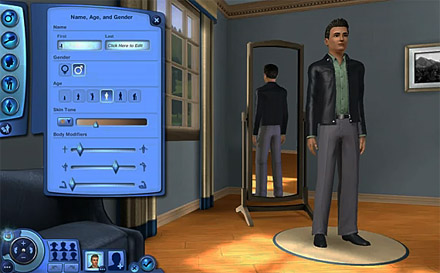 Egoism, the belief that people can or should only act on their own individual self-interest, is the great unchallenged premise of our age.

It’s hard to imagine that many people fully subscribe to this idea, and yet there is no well-known critique of egoism. Various religions or social/political activist movements point away from egoism, but religious or political writers rarely confront the egoist premise directly. Many people object instinctively to the egoist idea, but there is no popular common understanding of why the egoist premise is a weak and unconvincing one.

Those who advocate the egoist view of life have been more vocal and more direct than those who don’t. Several philosophers are associated with the egoist position, though they each cover distinct facets of the egoist doctrine, with vastly different attitudes:

Certainly we are not all egoists; Plato was not, nor Moses or Jesus or Buddha or Mohammed, nor Jean Jacques Rousseau or Immanuel Kant, nor Karl Marx, nor Mahatma Gandhi or Martin Luther King. Sigmund Freud appears to have been an egoist, but his rival Carl Jung was not. Charles Taylor’s thick psychology book Sources of the Self reaches for a solid alternative to the limitations of the egoist doctrine, but it’s unlikely that many people will ever read this hefty tract.

It’s on the popular level that egoism seems to hold the day — not necessarily because many people fully agree with it, but because it’s easier to fall back on an elemental, isolationist position than to uphold its collectivist alternative. A person might claim in an argument or chat about politics that “everybody’s going to do what’s best for their own selves”, and who will argue that this isn’t true? The individual, after all, is society’s lowest common denominator. It’s easier to get a group of strangers to agree that they are all separate and alone than to get them to consider that, in some sense, they are not.

Something about this dichotomy recalls the political dichotomy between conservativism and progressivism. In political or economic debates. the separatist or individualist position (lower taxes, suspicion of outsiders) is often seen as representing the base or core position, while the group-conscious or collectivist position is seen as a questionable artifice, a dubious advancement from the basic core. In this sense, it’s easy to mistake the egoist doctrine for good, simple common sense, and to dismiss any alternative doctrines as foolish, ideological fantasies.

But this leads to an inflated valuation of the intellectual, psychological or philosophical validity of the egoist doctrine. Non-egoists ought to remember that egoism represents not just a prescription for how we should live but, at a more basic level, a belief about how we think and who we are. On this level, the burden of proof for the theory must be on the egoists.

Non-egoists who allow egoists to take it for granted that we live only for ourselves give up too much ground. The doctrine that all people care only for their private well-being is not a self-evident truth. Non-egoists are free to reject this belief on intuitive grounds, and can respectfully ask egoists to convince them that the egoist model of human psychology stands up well to close examination.

We egoists and non-egoists may never be able to settle our dispute on purely logical or theoretical grounds. We will have to infer an answer instead, and weigh the available evidence to help us decide whether the egoist or non-egoist model appears more lifelike, more believable. The inferential answer to this question may be the best answer we ever get.

Being a professional software developer, it naturally occurs to me to consider the question of egoism from a structural or simulation-based point of view. Let’s say we designed a hypothetical software model for human behavior — something like the popular game Sims, in which data structures representing individual people carry out simulations of real-life situations — they eat, sleep, gather together, form families, build houses, earn money, buy things, deal with problems and emergencies.

On first look, a Sims-like software model appears to support a highly individualistic model of human existence. A typical Sims environment involves many individuals interacting with objects and with each other. A single individual at any point in time is identified as the game’s primary actor, indicated by a gem-like shape hovering over that individual’s head. Individuals have aspirations, wants and fears (family, fortune, knowledge, popularity, romance), quantified by numerical levels. Every situation the Sims characters face, then, is a transaction between individuals.

Or is it? In fact, the popular series of Sims games began with SimCity, invented by game designer Will Wright in 1989. SimCity and many of the other variations model more collective behaviors, especially in variations like SimCity Societies, in which individual-level attributes are matched by group-level attributes: a city or community as a whole has quantifiable levels of productivity, prosperity, creativity, spirituality, authority, and knowledge.

For example, imagine a simulation of a town with 1000 simulated citizens. A hypothetical conflict emerges: the mayor of the town proposes to build a new road near a public park. Some of the citizens in the town form a pro-business party that supports the building of the road. Other citizens form a nature preservation party that protests the impact on the parklands. Still other citizens form a anti-expenditure party that objects to the spending of taxpayer money on the project.

The game carries the argument to its conclusion — but it cannot do this very well if it only assigns attributes to individuals. There are four parties to this dispute: the mayor, the pro-business party, the nature preservation party and the anti-expenditure party. In order to realistically model the scenario, each of these actors must act according to its own attributes and aspirations.

Is it the case that the behavior of the pro-business party is completely determined by the attributes and aspirations of its individual members? Such a calculation is hard to justify on the software level, and is likely to produce unrealistic results. Each party is made up of members with highly diverse motivations, ideas and beliefs. And yet each party is able to act decisively and quickly. From a software designer’s point of view, the conclusion seems clear: for the model to work, attributes and aspirations exist at the group level as well as at the individual level. The whole must be distinct from the sum of its parts, or the model will simply not operate correctly.

This seemingly innocuous observation, if thoughtfully pondered, amounts to a “eureka” moment for non-egoists. It suggests that, when we act within groups, we willingly transform our own senses of self in ways that that an egoist model of psychology cannot accomodate or explain.

A more poignant version of this idea occurred to me when I remembered a trip I once took to the historic Civil War battlefield in Gettysburg, Pennsylvania. At one point during this visit, I was able to walk across the long open field that 12,500 Confederate soldiers marched across on July 3, 1863 during the cataclysmic assault known as Pickett’s Charge.

Nearly 150 years after this violent day, I still felt a spooky sense of awe as I walked in the steps of these thousands of soldiers who marched in straight lines towards a well-placed Union defense of greater size and capability. Many people who now contemplate the battle of Gettysburg must ask: how could an entire division of soldiers walk so bravely towards such a terrible fate?

If the egoist explanation for human behavior holds true, how is it possible for a group of people to behave in ways that bear no relation to the individual intentions of the members of the group? I don’t think it is possible, and I think this points us towards the best empirical or inferential argument against the egoist model of the mind.

If we think about the various kinds of group behavior we exhibit in our everyday lives, we realize that basic human motivation does not always follow the channels of individual will, but rather follows the channel of collective will. We as individuals often choose to participate in this kind of collective behavior, and when we do so become committed to aspirations and attributes that may bear no relations to our own private, individual aspirations and attributes.

An egoist may claim that when we do this, we act for our own individual benefit. This may be true, but once we commit to this collective behavior, our concern for our individual benefit begins to vanish. These are the moments when we realize that we have always been more than individual selves. We are collective selves, and the collective sense of self is often just as strong and dominant as the individual sense of self. To stretch the doctrine of egoism to accommodate this phenomenon is to stretch it beyond the point where it retains any meaning.

The doctrine of egoism is both descriptive (as a psychological theory) and prescriptive (as an ethical system). The flaw in the ethical system becomes clear once we consider that the individual is not even the basic unit of any ethical situation. The basic unit, according to our game model, is any individual or group of individuals that acts with intention. The language of ethical philosophy is itself flawed if it does not recognize the primary existence of collective units acting with singular intention, and treats them only at the individual level. Again, the best evidence that this is so is the functional evidence: a computer simulation model that does not assign attributes and aspirations to groups in the same way that it assigns them to individuals would not be able to reproduce lifelike behavior.

Nothing about the path of awareness that I observe when I watch my own thoughts indicates that I exist only in isolation. The egoist assumption is, ultimately, too blunt and unsophisticated to model the real world upon.