1. I don’t usually pay attention to “Earth Day” any more than to “National Poetry Month“, but that doesn’t mean I can’t call attention to an impressive book that’s hitting the stores on this day, Tuesday, April 22. 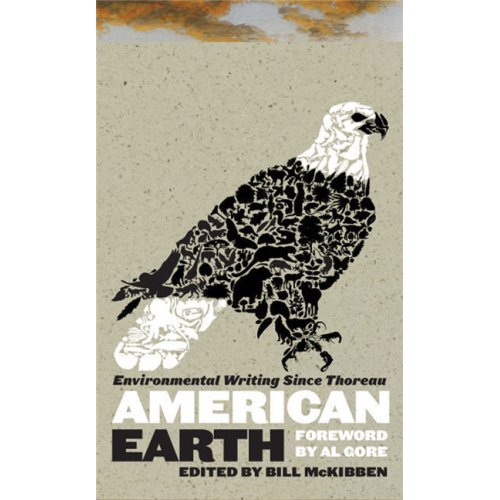 My only slight quibble is the packaging, the $40 price tag and shiny decorative slip cover. Shouldn’t an ecology book avoid slick slipcovers? But what do I know. McKibben did a great job, and this book would make a good gift to anybody who’d like to try a different kind of reading.

2. I really like the new design at the Syntax of Things blog. The background graphic gives new meaning to the phrase “scroll down”.*

3. Activist, author and former President Jimmy Carter gets nothing but ridicule and polite disinterest in the American press as he tries to walk the lonely road for Israeli/Palestinian peace. Carter is getting flak for talking with Hamas, but we need more dialogue, not less, between warring parties. This is called “peacemaking”. What a concept.

I think Jimmy Carter deserves more respect than he generally gets. When will journalists and bloggers stop making “cranky old peanut farmer” jokes and realize that our crusty ex-President is actually some kind of saint? Seriously, folks — seriously. It’s called “peacemaking”, and I don’t see anybody else out there working up a sweat.