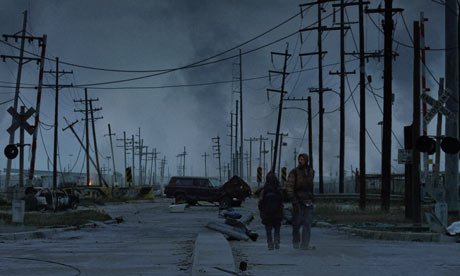 Here’s a tough challenge for anybody: talk about politics, about everything our muddled, dysfunctional democratic government is doing wrong, without resorting to the following cliches:

These easy excuses have become very popular in the United States of America, and of course the sentiments are the same on the right and the left. Many of those who find hope in the Tea Party movement believe that our government has been infiltrated by socialists or Marxists (“evil”), that decades of soft-headed liberal education has left Americans unable to understand and appreciate the hard edges of the U. S. Constitution (“stupid”, “uneducated”), that Washington D.C. is a nest of thieves that must be wiped clean (“hopelessly corrupt”) before our society’s true inner goodness can be revealed.

On the other extreme are the frustrated liberals who may have once held some hope for Barack Obama’s leadership, but are disgusted with the results so far. They believe our nation is in the grip of racist, hate-filled voters (“evil”), that the Fox News-watching, Rush Limbaugh-listening, Sarah Palin-fan club populace knows nothing about history or economics (“stupid”, “uneducated”), that Washington D. C. is a nest of thieves that must be wiped clean (“hopelessly corrupt”) before our society’s true inner goodness can be revealed.

These conservatives and liberals are often against the two-party system, but they’re not against the apocalypse system. They’re increasingly attracted to the idea that the only way to fix the United States of America is to prepare for a revolution, a grand battle that will pit good against evil and hopefully vanquish the bad guys before the bad guys vanquish the good. “It’s getting to that point,” they’ll grimly declare.

It’s funny that some people don’t think our problems can be solved by the democratic process, yet foolishly dream about armed revolutions or final battles that might finally “settle everything”, even at the risk of turning our prosperous and luxurious society into a tableau of tragedy and violence resembling Cormac McCarthy’s The Road (a novel whose apocalyptic visions of good vs. evil are so cleverly positioned as to allow all readers to think it must be written for them, and against their opponents, whoever they are).

I was recently talking to a smart 14-year-old girl who told me “I just have a feeling that things are getting worse and worse, and nobody’s going to be able to fix it.” What a scary thing for a young person to believe! Of course, there’s plenty of evidence for this. In the last ten years our nation was attacked, we became embroiled in two wars, our economy crashed.

This past week has been especially frustrating, degrading, hopeless. Following the stark brinksmanship of last month’s debt debate, one major ratings agency has downgraded the USA’s credit score for the first time in the nation’s history. This feels like a slap in the face to a furious, beaten-down populace. We feel we have no voice in our government. We’re scared for the future. Who do we slap back? Have things become so truly hopeless that we’ll ultimately have no choice but to fight it out in the streets, and hope the good side wins?

I’m pretty sure we’ve got some better options. I reject the apocalypse system.

I’m not crazy about the two-party system in the United States of America either, and I’m certainly disgusted by the dysfunctional Congress our voters have elected. But I believe the solution is more compromise, better compromise, smarter and more carefully considered compromise. Compromise, however, is rarely popular, and many people think it’s the wrong direction for our leadership to take. Isn’t compromise the same thing as appeasement? Doesn’t it result from a lack of principle, a lack of backbone? Doesn’t it fail to root out the evil that rots us from the inside?

As we struggle with difficult problems, I continue to personally find inspiration in the leadership of President Barack Obama — even though he’s now so unpopular on both the left and the right that I truly fear our nation may make a decision in 2012 to replace him with any of several potential leaders who have shown less character, less wisdom and less humanity. I’m sure that we’re lucky to have him atop our dysfunctional system, and I hope we’re smart enough to keep him there. The system remains dysfunctional, but there’s been a linchpin of sanity, rationality and true moderation in the Chief Executive’s spot. I fear how much worse things can get if that linchpin is lost.

We all know why American conservatives hate Barack Obama. Many liberals seem to hate him too lately, and I do understand why. His Taoist style of leadership — it’s funny that his enemies call him a Muslim or a socialist, when it’s clear that he’s a Taoist above all — always seeks the middle. He appears all too willing to give ground to the opposition, often for nothing in exchange. It’s easy to see that his often puzzling and inscrutable moves towards compromise have deep roots in the sense of satyagraha preached by Mahatma Gandhi and Martin Luther King, and yet it’s no easier for the world to accept the stubborn, difficult choices a wise leader must make today than it was when either of these two wise leaders were alive.

I don’t like the mess that the two-party system has left us: greedy, vain Democratic politicians slugging it out with greedy, vain Republican politicians in TV ads that insult our intelligence. But I’ll take the two-party system over the apocalypse system. I don’t believe an armed revolution or final battle between good and evil will solve anything. I’m not interested in seeing Cormac McCarthy’s The Road predict our future.

And it’s interesting that the need for a revolution is the one thing that the hard left and hard right seems to agree on (though they disagree on which side will win). I’ll choose the path of inclusion instead. And, yeah, even in the frustrating summer of 2011, as our economy declines and our Congress continues its pathetic dance of mediocrity, I still love and trust all Americans, and I still believe that inclusive, compromise-minded leadership offers our best hope for a better future. Do you?