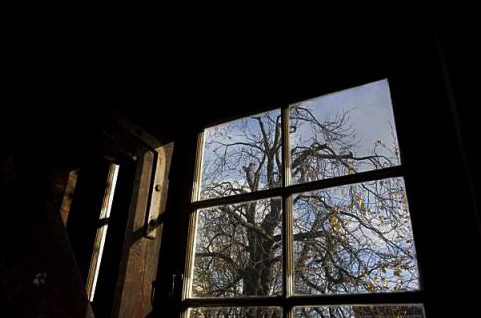 1. Documents newly discovered in Penzance, England (hidden perhaps by pirates?) indicate for the first time that Victor Hugo based his Hunchback of Notre Dame on a real hunchbacked sculptor hired to work on the great church’s restoration. The documents describe a Monsieur Trajan, or Mon Le Bossu, as a “worthy, fatherly and amiable man” who did not like to socialize with the other restoration workers.

2. The tree that inspired Anne Frank (and many others since) during her captivity in Amsterdam has fallen down, but will live on through sapling plantings.

3. Oxford University Press wants you to adopt a word. They’ve got lots of unwanted words, and they’ll all be put down if you don’t.

4. Lorin Stein, new editor of the Paris Review, on the future of literary fiction, sparked by the current Jonathan Franzen craze: “The critics, from the New York Times Book Review to Esquire, hail Freedom as a throwback to the former greatness of the novel. What makes it former? Just how great does a novel have to be, just how many great novels does a contemporary author have to write, before we admit that the lameness of the publishing business has failed to snuff the spark of greatness, or turn serious readers off?”

5. I just started digging into Tony O’Neill’s Sick City, a sweet and charming novel about sex, death, drugs and obsession. Here’s Tony doing some soul-searching at the Daily Beast.

6. Via Galley Cat, a garden of books.

7. Geoff Dyer on Encounter, a new book of essays by Milan Kundera.

8. In an interesting journalistic experiment, Slate composes a virtual Kanye West interview entirely from Ye’s tweets. I hope this does not become a trend, but it’s worth looking at once.

10. A play in Washington DC based on Kurt Vonnegut’s novel Cat’s Cradle.

11. I don’t know how to process an alarming and sad story about the suicide of Kevin Morrissey, a well-liked editor at the Virginia Quarterly Review, and the allegations that a pattern of workplace bullying by the journal’s esteemed editor Ted Genoways led to Morrissey’s death. The refined world of academic literary publishing is not used to this type of public display of anguish (the anguish is always there, it usually takes place in private). My gut instinct, after reading several articles, is that nobody at the VQR is guilty of causing Kevin Morrissey’s death. VQR editor Ted Genoways may have been a terrible boss to work for. If so, he has certainly now paid the price, and I hope he will be allowed to recover from this disaster in peace.