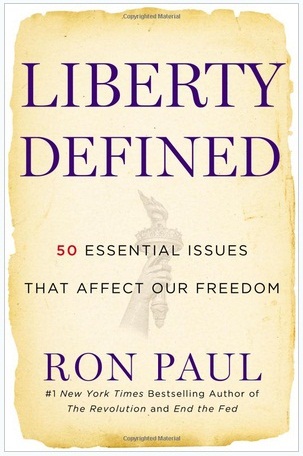 I love a good cross-blog debate. Last weekend I responded briefly to Bill “Maverick” Vallicella’s question as to how a pacifist can support abortion rights. Vallicella has now responded back (and, as usual, has done so intelligently), and I see that I’ll have to work a lot harder this weekend, because he’s pointed out several ways I’ll have to improve my argument to stand up to his response. I’m going to give it my best shot.

In fact, anybody who plans to write about the debate over legal abortion ought to prepare to work hard, because this has got to be one of the most difficult, most vexing and most emotionally potent issues in the air today. I have often wondered if there is any chance for pro-choicers and pro-lifers to settle on a common ground, to co-exist in peace. The current legal status quo favors my position, the pro-choice position (thanks to Roe vs. Wade), but pro-choicers cannot feel secure about the future of the Supreme Court’s stance on Roe vs. Wade, and the anger and intensity on both sides has harmed the overall chances for moderate political agreements in America in general. To hope for any possible universal settlement of this controversy, given the current state of the debate, would appear highly quixotic. This is indeed a problem for philosophers to try to solve, because nobody else is going to be able to solve it.

I’m going to boldface each of the important points that Vallicella makes, and respond to each one. For helpful background, it would probably be best to read my post from last weekend and Bill’s response before reading today’s installment. What follows is my attempt to truly understand and fairly represent both sides of this debate, and to reach for any kind of principled answers that may cut across the well-dug trenches. Here goes:

“How can the killing of an innocent person be justified, whether or not a person is a pacifist?”

I won’t try to justify the killing of a fetus, nor will I waste time haggling over whether or not a fetus is a person. Instead I’ll ask: can the law actually prevent abortions from taking place? This question is rarely asked as part of the pro-choice/pro-life debate, but I think it’s the most central question of all. I am sure that the law cannot prevent abortions from taking place. It’s well known that abortions took place often in America before Roe vs. Wade guaranteed their legality. If Roe vs. Wade were overturned, some states in the United States would outlaw abortion, and some would not. Therefore, the overturning of Roe vs. Wade would only succeed in making legal abortions harder and more expensive to obtain, but would not significantly prevent them. If, in an extreme (and, to me, horrifying) hypothetical case, a pro-life Congress ever passed a national pro-life law and President Rick Santorum signed it into law, the result would be the creation of an underground railroad for women seeking abortion (as well as a tragic decrease in medical and safety standards for the operation). There is no hypothetical situation anyone can propose, short of the most totalitarian of governments imaginable, in which a law banning abortions would result in a significant decrease in the number of abortions that would take place.

Given that it is not within the government’s power to prevent large numbers of women from having abortions, I do not think it makes sense to ask whether the killing of a fetus can be justified in the context of the debate over legalization. It is a question every person should consider, especially if they face an unwanted pregnancy. But there are many activities that cannot be morally justified that are legal — even many activities that involve life and death.

Do I personally think the killing of a fetus can be morally justified? I don’t know. It’s a tough question. I think the best practical answer is to avoid being involved in an unwanted pregnancy (this is, after all, fairly easy to do) so as to never have to face this difficult question. Beyond that, I don’t know how to answer the question myself, and I’m sure that no government has any business trying to legislate an answer to this question, since nobody can reasonably believe that the resulting legislation would be effective.

“Can a libertarian want the government to outlaw abortion?”

I obviously slipped up in directing this question towards Bill Vallicella, who now clarifies that “I am not a libertarian” and even asks “How could anyone think that I was?” This was clearly my mistake. I have been reading Bill’s blog for about a year, and thought I was beginning to detect a pattern in his conservative philosophy that seemed to point towards libertarianism. I now realize that he has stated flatly in previous blog posts that he is a conservative and not a libertarian. I will be more careful about fact-checking my assumptions in the future.

“Both libertarians and conservatives champion the rights of individuals. Among these rights are the right to life. It is perfectly consistent for a libertarian to extend these rights to the unborn.”

I wrote in the comments following my original post that it is an oxymoron for a libertarian to support government laws against abortion, and in fact I had Ron Paul specifically in mind when I wrote this. Vallicella sees the same thing, and writes: “Asher says that a libertarian cannot fail to be pro-choice. That is plainly false, as witness the case of Ron Paul.”

It’s good to have Ron Paul’s name to kick around as we discuss this, and I’ve just reread the first chapter in Paul’s book Liberty Defined: 50 Essential Issues That Affect Our Freedom

, which explains his position.

First, I’m pleased to report that in this chapter Ron Paul notes the same fact I emphasize above. He writes:

If we are ever to have fewer abortions, society must change again. The law will not accomplish that.

And, a few paragraphs later:

Legislation that I have proposed would limit federal court jurisdiction of abortion. Legislation of this sort would probably allow state prohibility of abortion on demand as well as in all trimesters. It will not stop all abortions. Only a truly moral society can do that.

Ending nationally legalized abortions by federal court order is neither a practical answer to the problem nor a constitutionally sound argument.

Much of Ron Paul’s chapter “Abortion” chapter brings up various non-legal aspects of the abortion question: what it’s like for a medical doctor to participate in an abortion; whether or not the Hippocratic oath prohibits abortion (and whether or not medical schools should endorse the Hippocratic oath); how trends in abortion acceptance have been reflected in American society. Much of the chapter defends his nuanced position on the legalization of abortion against those pro-lifers who are more fervent about the legal question of abortion than he is.

It’s clear that Ron Paul feels very strongly that abortion is immoral. But he may be closer to agreeing than to disagreeing with my primary argument that no libertarian can reasonably advocate outlawing abortion. Ron Paul is a libertarian, and Ron Paul is passionately anti-abortion. But it also seems to be the case (though, upon rereading the chapter, the conclusion is murky) that he is not anti-choice qua libertarian.

A friend who read my post last weekend has also pointed me to a website called Libertarians For Life. This organization explains its basic argument, but they do not address anywhere, as far as I can find on this website, the problem that government laws against abortion cannot be enforced. The fact that an organization exists to defend a position that is oxymoronic does not prove that the position is not oxymoronic.

“Asher thinks that laws against abortion “intrude into private life.” He doesn’t seem to understand that some such intrusions are legitimate.”

1. No libertarian can reasonably advocate the government passing a law that can’t be enforced. To do so only empowers the government to arbitrarily and inconsistently prosecute citizens.

2. A law against abortion cannot be enforced. Abortions are too easy to obtain for this to be possible. There were many abortions in America before they were legal, and pro-choice advocates would ensure that abortions remain as safe and inexpensive as possible if it were to be outlawed again.

3. Therefore, no libertarian can reasonably advocate the government passing a law against abortion.

Back to pacifism: “Much depends on how one defines ‘pacifist.’ Asher does not provide a definition, and without a precise definition a discussion like this won’t get very far.”

I love it that Bill Vallicella is inviting me to define one of my favorite words, but I will spare my readers and save this for another blog post. For now, I will only briefly say that I define pacifism as a practical way of living that emphasizes cooperation, compromise and the assumption of human goodness, and I will point to Mohandas Gandhi as the premier example of a modern pacifist. It happens that Mahatma Gandhi was vehemently opposed to abortion (though I find it hard to imagine that he saw government control to be an effective deterrent). This may support the Maverick Philosopher’s conjecture that a pacifist will tend to be against abortion on principle, though it says nothing about whether or not abortion should be made illegal.