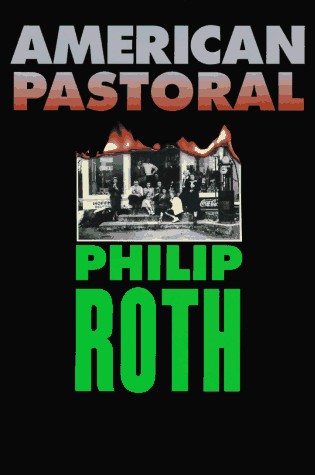 Philip Roth’s “American Pastoral” (1997) is steeped in the same subjective brand of voyeurism as his 1959 novella, “Goodbye Columbus”. Both works unfold from the perspectives of highly conspicuous and biased narrators. Neil Klugman and Nathan Zuckerman focus on the lives of other characters, whom they admire as well as envy. Their feelings towards these antagonists assume different manifestations; one is overtly superficial, while the other is more penetrating, multi-layered and Jamesian. Ultimately, each narrator is guilty of “ressentiment,” the quality defined by the existentialist critic Max Scheler as “a smoldering, suppressed wrath permeated with self-deception”.

In “Goodbye Columbus”, Neil’s ressentiment of Brenda Patimkin is readily apparent. A lower-middle class Jew from Newark, New Jersey, he is angered by his girlfriend’s careless display of affluence. He berates her for When she casually talks about having plastic surgery on her nose, his response is, in her view, nasty. Neil’s nastiness persists throughout the story, directing itself not only at Brenda, but also at her “disastrously polite” mother, her bratty little sister, and other members of the Jewish nouveau-riche. However, after Brenda asks Neil why he is “so nasty all the time” he denies that it is his intent to be so. In this way, he supresses his anger, giving in to a form of self-deception that prevents him from acknowledging his true feelings for Brenda. Neil fails to recognize that she embodies a sort of wanton materialism which he professes to despise but secretly covets.

By convincing himself that he is in love with Brenda — “I love you, I do,” he tells her, even after admitting that he did not have the feelings he said he had until after he spoke them out loud — Neil blinds himself to the fact that all he desires is her flesh and her recently acquired pedigree. This becomes evident once he fails to counter the assertion, raised by Brenda’s uncle Leo, that he is a “smart boy” who “knows a good deal when he sees one”.

It is Neil’s ressentiment which prevents him from perceiving any semblance of an inner life in Brenda. His blindness runs counter to the insightful narration in Henry James’ “Portrait of a Lady”. In the preface to this novel, the author asserts that his central concern is the consciousness of his protagonist, Isabel Archer. Isabel’s motivations and sentiments are revealed by a keenly analytical, yet sympathetic narrator. While exposing Isabel as self-deceived in her decision to marry Gilbert Osmond, the narrator esteems her for desiring to preserve her freedom. Indeed, during a speech to Caspar Goodwood, in which she expounds on her “love of liberty,” her tone of voice is hailed as “passionately positive”. Moreover, despite his persistent use of dramatic irony, the narrator never questions why Goodwood and Lord Warburton should be in love with Isabel, for all her stubbornness and lack of wealth, or why she should refuse their attractive proposals of marriage.

While such sympathy and insight may be lacking in the “Goodbye, Columbus” narrator, Roth’s later work, “American Pastoral,” is considerably more Jamesian in its narrative outlook. The 1997 novel consists of a Jamesian exploration of its protagonist’s inner life. The “Swede” is subjected to the psychological scrutiny of another character, Nathan Zuckerman, through whom his story is told. However, in contrast with the narrator in “Portrait,” Zuckerman appears as self-deceived as the character he is attempting to lay bare. Indeed, he exhibits the same blinding ressentiment towards the Swede that Neil displays towards Brenda. The difference between these two narrators lies in the fact that Neil is ignorant of his ressentiment, whereas Zuckerman is cognizant of his. Nonetheless, he seems unable to prevent it from distorting his perceptions.

After meeting the Swede for the last time in Vincent’s restaurant, Zuckerman admits that some, if not all, of his impressions concerning this “splendid-looking” septuagenarian may be false:

“You fight your superficiality, your shallowness, so as to try to come at people without unreal expectations, without an overload of bias or hope or arrogance … and yet you never fail to get them wrong … You get them wrong when you meet them … and then you go home to tell someone else about the meeting and you get them wrong all over again … The whole thing is really a dazzling illusion empty of all perception, an astonishing farce of misperception.”

While this passage is clearly intended as a disclaimer, it is questionable how much of Zuckerman’s analysis of the Swede should be perceived as “misperception” by the reader. Given the placement of this passage, early in the text, it is easy to infer that the “bias,” to which Zuckerman is referring, extends only to his initial misreading of the protagonist.

Zuckerman’s first take on the aging Swede is that he has no inner life at all outside his devotion to his family. Indeed, the narrator dismisses his boyhood idol as a “human platitude” . By seeing the Swede as a figure of bland perfection — “he [can’t be] faking all this virginity” – Zuckerman allows himself to fall into the same trap of ressentiment that ensnares Neil. However, whereas Zuckerman feels obligated to amend his ressentiment-filled views of the Swede — and, subsequently, to present him in a less superficial, though not necessarily more profound light — Neil does not display the same charitable impulse toward Brenda. In part, this is because he does not recognize the impact of his ressentiment on his behavior. However, I feel there is another reason for Neil’s failure to overcome his wrath-laden self-deception. He is simply too absorbed in his anger at Brenda and at other rich Jews. Neil, after all, is from a different walk of life than they. He hails from the side of the street that is not paved with gold, on which Roth himself tread prior to achieving literary success.

In many respects, Neil is the young Roth, just as Zuckerman, in “American Pastoral,” is the writer in middle age.

Operating on the basis of Jerry’s assertion that “simple is never that simple”, Zuckerman takes the liberty of portraying his subject as the survivor of a series of traumatic episodes which, in reality, may never have occurred. Indeed, Zuckerman has no way of knowing whether any of the following ever took place: the Swede’s incestuous moment with his young daughter at the beach; Merry’s involvement with Rita Cohen and her confession to killing four people and to becoming a Jain; his wife’s self-indulgent breakdown and subsequent affair with Orcutt; and his own liaison with his daughter’s psychiatrist.

Even if these are imagined events, however, the question remains of how the narrator’s misreading of the Swede constitutes ressentiment. Where is the wrath and self-deception behind it? Given that the novel ends with the question “what on earth is less reprehensible than the life of the Levovs?”, it would seem that Zuckerman views the Swede with sympathy. However, this is precisely where the narrator’s and reader’s self-deception lies. If Zuckerman were truly sympathetic towards the protagonist, he would not have concocted a fantasy in which the latter endures suffering on the level of Job’s. Simply by imagining a Rita Cohen to demonize the Swede, the narrator suggests that the protagonist is in some way guilty and, thereby, shows his contempt for him. His semblance of guilt, moreover, is exacerbated by the hostility he encounters from Merry.

Isabel inflicts torment on Goodwood which he arguably does not deserve. Similarly, Zuckerman uses Merry and Rita to punish the Swede. By bringing “the war home” to shatter his idyllic haven, they succeed in making him feel responsible for a transgression, which he is powerless to name. Is he, in fact, to blame in any way? This is the question that Zuckerman raises repeatedly throughout his discourse. I would argue that it is possible to accuse the Swede — as he is portrayed and, in my view, misread by Zuckerman — o
f two kinds of bad faith; he is accountable for the second, but not for the first.

Rita’s indictment, which accuses the Swede of being an “all-American capitalist criminal” is unfair. Even assuming that he has acted in bad faith, by taking over his father’s glove factory, I would call this a form of self-deception for which he cannot be held accountable. The Swede’s decision to carry on his family’s legacy falls into the category of self-deception. Such self-deception cannot be recognized, for “to avow it would apparently lead to such intensely disruptive, distressing consequences as to be unmanageably destructive to the person”. This is true of the Swede, for whom family loyalty is of utmost importance. Having demonstrated such loyalty by taking over the factory, thus satisfying his father’s wishes and serving as a good provider for his wife and daughter, the Swede cannot be made to view this as an act of bad faith. To do so would be to undermine everything he stands for, and would thus destroy him.

However, the Swede is also charged with usurping his position in society by “falling in with the wrong people” and marrying a Gentile. This hearkens to the source of Zuckerman’s ressentiment: that the Swede has reneged on his responsibilities – in particular, the social isolation that the narrator expects him to endure — as a Jew. For this alleged show of bad faith, the Swede may be held accountable. Indeed, the narrator describes it as the one “conscious act of defiance” he ever commits. In so doing, the Swede has gone against his family, thereby threatening everything he stands for and risking self-destruction.