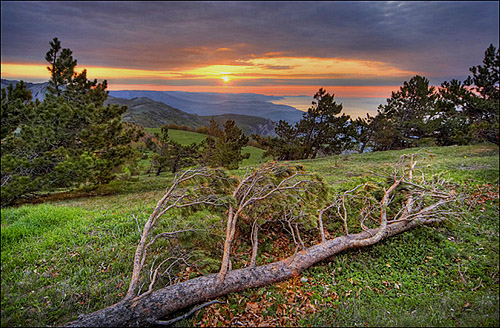 I’ve been trying to philosophize about the Ukranian crisis in real time. This is always hazardous. Last Saturday morning, February 22, I invited readers to look at six images representing the history of Ukraine and to suggest three more that help fill out the story we are trying to understand. The idea was to try to puzzle out new insights about the enigmatic and confusing geopolitics of this Eastern European country, which has endured terrible conflicts and sufferings for centuries.

I thought this would be a worthy Zen type of philosophical/political exercise — but I felt the sand of the mandala falling out under me when, just as I hit “publish” on my blog post, news blared out all over social media that the embattled Russian-sponsored President had suddenly fled the city of Kiev. This meant that the violent Kiev uprisings of the past weeks had turned into a successful revolution. Huge news! But I regretted having published my blog post about Ukraine’s history on this hopeful and joyous day in Kiev and around the world. My blog post had a gloomy and angry tone that did not match the jubilation I even felt myself as I watched reports of Ukranian citizens celebrating on the streets of Kiev.

Even so, my intrepid and erstwhile Litkicks commenters came through in the clutch and answered my challenge with several great sets of images (see the comments on last weekend’s post to enjoy the selections). I was glad that Subject Sigma remembered the nuclear accident at Chernobyl, and also shared the image of a beautiful breadbasket Ukranian field that is at the top of this page.

I’m also glad there were images of comparable American atrocities, and of a Ukranian soccer team and the Orange Revolution. All of the responses were smart and helpful. I hope the point of this visual exercise was to show that a systematic use of imagination and metaphor can turn up surprising new connections. (Imagination and metaphor is, in fact, a key tool for any problem-solver and puzzle-solver, but the tool is not often used very well in political debate.)

I promised to put up my own three selected images today, and I will do so. However, dramatic and upsetting events are unfolding today, as I write the final draft of this blog post on Saturday afternoon. There are strong indications that Russia is about to invade Ukraine through the Crimea, and may have already done so. A fast-changing news-flash environment is no fertile ground for philosophical thought, but I promised you three images today, and I’m not going to go back on my promise. After you look at these, please feel free to post a comment with your own three images, or with any thoughts you wish to share about the crisis between Russia and Ukraine.

Here are my three images, representing my thoughts about the source and meaning of the conflict currently occurring in this country. 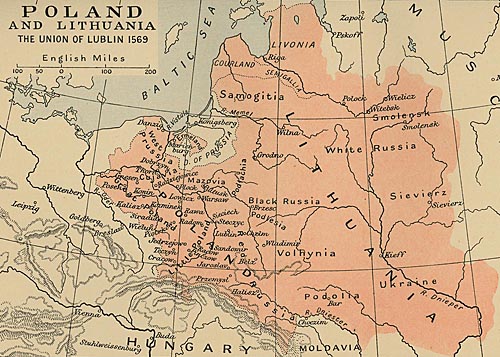 As a descendant of Galician Jews, I can call Ukraine one of my homelands. My ancestors lived in shtetls and towns near Lvov, in the western part of the Ukraine that has often been part of Poland or Austria-Hungary or Russia, but has always been called Galicia. This is the land of Fiddler on the Roof, along with many other Slavic, Nordic or Baltic ethnic cultures. An ethnically mixed empire, the Ukraine included Jews, Ruthenians, Russians, Cossacks, Poles and Lithuanians, and they mostly managed to live in peace for many centuries.

As you can see from this map, much of Western Ukraine was once part of the Polish-Lithuanian Commonwealth. This is helpful context when trying to understand later events in Ukraine.

The Charge of the Light Brigade 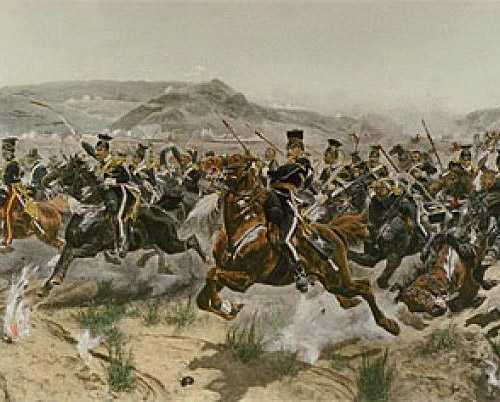 The Charge of the Light Brigade by Alfred, Lord Tennyson describes a disastrous cavalry charge that took place during the Crimea. I personally dislike this poem, and strongly disagree with the attitude expressed in these famous lines:

‘Forward, the Light Brigade!’
Was there a man dismay’d?
Not tho’ the soldiers knew
Some one had blunder’d:
Theirs not to make reply,
Theirs not to reason why,
Theirs but to do and die

Personally, I prefer to reason why, and I would have been dismay’d if I were sent on a cavalry charge towards certain death. I guess that’s why I’d never be a good soldier. Anyway, the charge of Lord Cardigan’s Light Brigade took place in the Crimea at the Battle of Balaclava in 1854.

A Memorial for the Holodomor 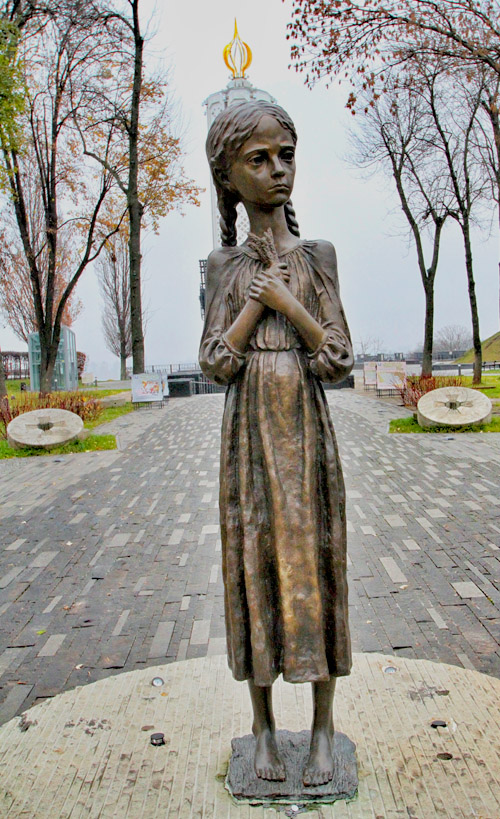 If you don’t know much about the horrifying genocide inflicted upon the vast population of Western Ukranian peasants in the 1930s by Josef Stalin’s Soviet Union, I urge you to read The Harvest of Sorrow: Soviet Collectivization and the Terror-Famine

by Robert Conquest. This genocide equals in brutality and absurdity the Jewish Holocaust that occurred a generation later, and the worst crimes of Pol Pot in Cambodia or Mao Zedong in China. The Holodomor is little known to the world … except in Ukraine, where it is a major part of shared national consciousness. This tragic history certainly helps to explain Western Ukraine’s political hatred for Russia. The trauma of a past genocide also helps to explain why Ukraine’s political culture in the past century has often been violent, excessive, morally corrupt, power-driven. It is a traumatized land, and it’s good that after decades of silence Ukranians have finally begun to memorialize the Holodomor. This statue is part of Kiev’s Holodomor memorial, which I hope to visit some day.