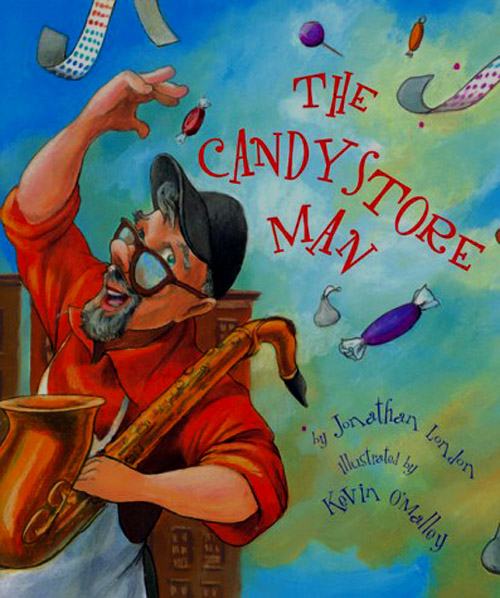 It was very easy for me to meet Herschel Silverman, then a Beat/jazz poet of some renown, around twenty-five years ago when I began frequenting the downtown New York City poetry scene that swirled between St. Marks Church, ABC No Rio and the Nuyorican.

These were the years when Allen Ginsberg and Gregory Corso were still alive. Ginsberg showed up constantly at public events; Corso didn’t. I can remember a hundred familiar faces from that era, but the memory of Herschel Silverman’s gentle countenance brings a special smile. He was a beaming soul, a dignified and natty presence, soft-spoken and so humble that he really didn’t seem to care whether he was on stage basking in applause or in the back of a room clapping politely for some greasy kid who wanted to win a poetry slam and become a superstar. Herschel Silverman was himself never a superstar, but he was a part of the fabric of the spoken word scene, and he had a magic way with words.

But Hersch was all about the music, the bebop, the syncopated beat, and to really enjoy his work you had to hear him live with musicians on a good night, like in 1999 when I was extremely honored to have him perform a tribute to Literary Kicks with David Amram and Jessica Richardson at the Bitter End in Greenwich Village.

I gradually learned Herschel’s life story, that he had been an army cook in World War II and again during the Korean War, that he was a widower with grown children and grandchildren, that he had run a candy store called “Hersch’s Beehive” in Bayonne, New Jersey for decades.

The fact that Hersch lived and worked and wrote poetry in Bayonne seemed to me to reveal a lot about who he was. Bayonne was a lost territory to the bigger world, a lonely industrial-age city packed with warehouses and factories on a flat expanse of land splayed out along the Hudson River, triangulating between Staten Island and Manhattan, sometimes evoking the presence of a decrepit parking lot and storage space for the metropolis across the Hudson River. Of course Herschel Silverman would run a candy store in the middle of this unglamorous spit of land. He had the demeanor of a dulcet boddhisattva, so why should he not literally provide candy for a town that might otherwise forget that life is sweet? I later learned that a children’s book had been written about Herschel Silverman by Jonathan London and Kevin O’Malley.

Herschel left behind a lot of good memories when he passed away this weekend. Tablet Magazine’s extensive tribute is nearly worthy of its subject.

Many Beat poets enjoyed being loud and obnoxious in public. Herschel Silverman was never loud unless the music demanded it. I can’t imagine that he was ever anything but a gentleman to every person he ever met.

As I was preparing this blog post for Hersch, I heard that the poet C. K. Williams had also died. If Herschel were looking over my shoulder right now as I write this blog post, he’d probably say “Don’t worry about me, Levi. Write about C. K. Williams.” He was modest like that.

But I’ve been on my own poetry journey for many years now, and I’ve learned that the poets who deserve my admiration most are the ones whose real-world personalities sparkle with warmth and love — like Philomene Long, who kept it real in Los Angeles, California for nearly as many decades as Herschel Silverman kept it real in New Jersey and New York. These are the souls I want to remember most on Literary Kicks. The world was Hersch’s beehive.