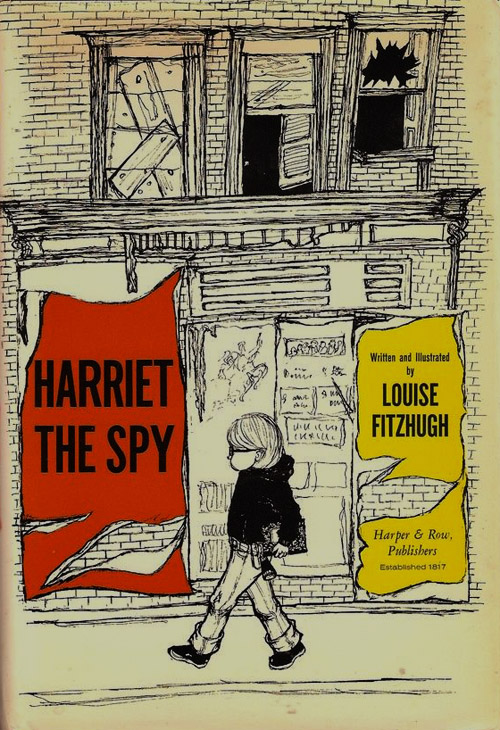 It’s probably the best tween book of the modern era; at least it’s the best one I can think of. Well, hell, everybody loves Harriet the Spy

by Louise Fitzhugh, which was published fifty years ago this year.

The anniversary is already getting so much attention — an event on March 15 at the 92nd Street Y on Harriet’s own beloved Manhattan island featuring Gregory Maguire, Leonard Marcus and Rebecca Stead, a Booktrib appreciation featuring crime writers like Laura Lippman, Alafair Burke and Sarah Weinman — that I almost want to skip mentioning it on Litkicks. Except for one thing: I love the book as much as everyone else. I can’t not say so.

Harriet is about a churlish, opinionated 11-year-old who tears bravely through New York City’s varied neighborhoods looking for trouble, and finally finds worse trouble than she ever wanted in the trivial atmosphere of her own schoolyard. I value the story for its emotional sophistication, its appreciation for the delicacy of a kid’s emotional stability, and for the drama of the devastation that occurs when it breaks. The break in Harriet M. Welsch’s swirling life of urban adventure occurs, of course, when her private notebook falls into someone else’s hands. All the kids in her school read what she’s written about them. The revelations hurt Harriet’s own closest friends the worst, and Harriet is shocked to discover that even the dull kids in school that she never bothered to care about suddenly have the power to hurt her back, and badly.

It’s a parable about being a writer, of course — and a particularly instructive one for non-fiction authors or bloggers or journalists who may occasionally have to issue retractions, since it is a published retraction that finally saves Harriet from the depths of misery, restoring her from the stunning blow.

The author Louise Fitzhugh always kept a low profile, so there isn’t a lot of material to search through when trying to connect the author to the character. She was born in Memphis, Tennessee but never put herself forward as a Southern writer. Instead she migrated to New York to study at Bard and Barnard and hang out with artists and writers. Her first book is the delightful Suzuki Beane, a smart beatnik parody of Kay Thompson’s Eloise, featuring a different kind of city kid quizzically wandering the streets in search of realness. This first book clearly paved the path for the more accessible Harriet the Spy, which established Fitzhugh’s career. Later, she lived on Long Island’s East End and in Connecticut, privately enjoying her fame, apparently trying not to be too obvious about the fact that she was gay in order to avoid coloring the perception and universal popularity of her girl hero. She died way too young, at 46.

Harriet the Spy is Fitzhugh’s most famous book, though my personal favorite would have to be the amazing sequel, The Long Secret

. Now, I know I just said Harriet the Spy was probably the best tween book ever — so you may be wondering how I can say Harriet the Spy is the best tween book ever if it’s not even the best tween book by Louise Fitzhugh? Well, I once had the same problem explaining why I think Bob Dylan’s Blood on the Tracks is the best record album of all time, even though Street-Legal is my favorite Bob Dylan album. Like Dylan’s Street-Legal, Fitzhugh’s The Long Secret is more searingly personal and painful than its more famous predecesor. It goes further into the deep journey, but it’s the kind of work that better fits the concept of “favorite” (implying a very distinct personal choice) than “best” (which implies a universal likeability). 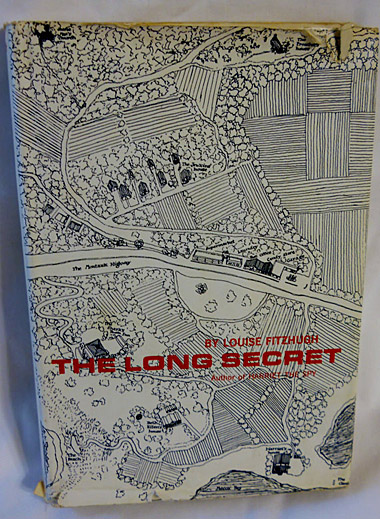 The Long Secret is also a parable about being a writer, but the hero of this book is shy Beth Ellen, who only received a glancing look as a bland side character in Harriet the Spy. Harriet doesn’t particularly like or respect Beth Ellen, and it’s not clear that Beth Ellen likes or respects Harriet either. (In this way, Harriet the Spy and The Long Secret work particularly well together as a dual parable about two writers.)I like Secret slightly better than Spy because of the heightened emotional conflict and the deeper personal stakes. I also think Louise Fitzhugh works an even greater magic with the lazy, luxurious surroundings of Water Mill, Long Island (a real-life beach town near the Hamptons) than she does with the broader, messier pallette of New York City. (I also like the drawing of Water Mill that appears on the first edition cover, an edition I’ve never seen in real life. Here it is on Etsy.)

A third installment of the Harriet Saga called Sport

was published after Louise Fitzhugh’s early death, though I can’t say anything about it because I aged out of reading it as a kid and was put off by discouraging reviews as an adult. If anybody has read Sport and thinks it bears adult reading today, please post a comment to let us all know. 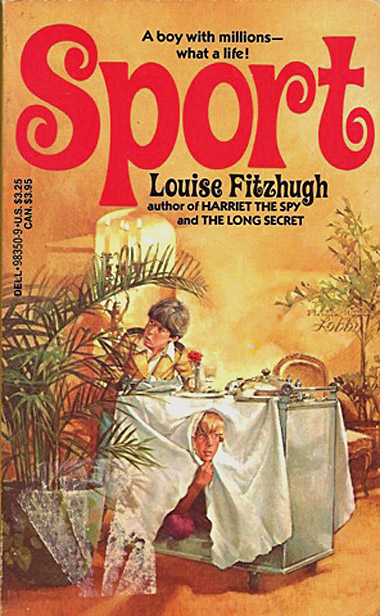 I eventually took my kids to see the Harriet the Spy movie that came out in 1996, and I think they sorta liked it and I sorta liked it too, but I didn’t like it a lot. Michelle Trachtenberg was way too likable and graceful to play boorish, cantankerous Harriet, and the whole movie was infested with a strangely joyful and youthful freshness that must be a good quality in itself, but has nothing to do with the twisted, isolating psychological undertone of the original book. 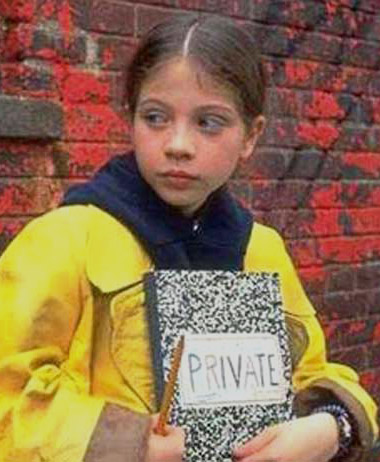 But the movie did little harm to the Harriet legacy, and we can rest assured that nature will take its course and the movie will be forgotten. The books will stay with us — forever, I suspect.