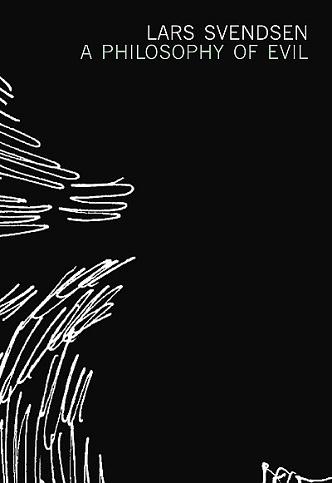 I recently impulse-bought A Philosophy of Evil by Lars Svendsen, a Norwegian philosopher I’d never heard of. The book called out to me from the bookstore shelf, the title on the stark cover promising a brave attempt to tackle a very difficult subject head-on.

The nature of evil — along with the closely related question of the nature of good — is one of the primary unresolved questions of ethical philosophy, and has remained unresolved from the age of Plato to today. To frame the terms “good” and “evil” in a philosophical setting is to suggest that they can be defined in some kind of meaningful, pragmatic and universal way, but few attempts to provide these definitions have ever been considered successful. Religions and rigid political doctrines define good and evil, sure — but academic philosophy is held to a different standard of objectivity, and tends to fall far short of a sturdy anchoring point for any kind of moral language.

Friedrich Nietzsche advised us to give up on morality and follow him “beyond good and evil” in 1886, and it’s probably fair to say that academic philosophy has remained in that Nietzschean zone — beyond any common or widely accepted agreement on the meanings of the terms “good” and “evil” — ever since. This is where modern philosophy rests.

So it’s exciting to find Lars Svendsen taking a new look at the question, and one wonders how he’ll tackle this job. To use the term “evil” at all is to use it with some amount of irony, because we all know the term is slippery. It is human nature to soundly reject “evil”, and to equate it to whatever forces harm us. Yet we know it is impossible to exist without also being considered evil by others in the world. Whatever “evil” is, it appears to be all around us and inside us as well. It will take a very honest philosopher to write convincingly about this word.

Lars Svendsen turns out not to be a doctrinaire with a strong original theory about the meaning of evil, but rather a generalist who has also written books called A Philosophy of Boredom and A Philosophy of Fear. This book amounts to a search for a theory, not an explanation of one. Svendsen is in the same position as the author of this book as we are in as its readers: he doesn’t know what evil means, and he wants to figure it out.

His one precondition is an admirably pragmatic and ambitious one: he refuses to discuss the nature of evil in a detached or theoretical way, but rather hopes to discover an answer that will make us all better people. This book is meant to make a difference. “Evil should never be justified, should never be explained away,” Svendsen writes. “It should be fought.”

The book begins by rejecting several obviously unsatisfactory theories about the nature of evil. This is followed by a useful breakdown of what Svendsen considers to be the four types of evil:

Demonic evil is evil for its own sake, performed for the express purpose of harming others, or for the enjoyment of the experience of watching others suffer. A serial killer who slowly tortures his victims would seem to be an example of this.

Instrumental evil is evil that occurs in order to carry out some other purpose. An example might be the BP oil spill in the Gulf of Mexico, the hazardous by-product of an aggressive business venture, and of our civilization’s collective need for fuel.

Idealistic evil is evil that is “justified” by some greater cause. It’s not hard to find big examples here. Adolf Hitler, Chairman Mao and Osama bin Laden were all motivated by what they considered to be lofty ideals.

Stupid evil is evil that occurs based on human incompetence, despite the fact that nobody wished it. A plane crash due to an easily avoidable pilot error would be an example of stupid evil.

So far so good. I feel optimistic about Lars Svendsen’s venture at this point, and am intrigued to find that this breakdown provides much of the structure for the entire book. But Svendsen then surprises me by delving into the first kind of evil on the list, demonic evil, and declaring that it may not exist at all. Everything must be done for a reason Svendsen says, and therefore everything a person does, even when perceived as evil, must somehow satisfy that person’s notion of good. Therefore, the person does not commit evil for evil’s sake, but rather for good.

Every wish is tied to some concept of the ‘good’, even if the good is only for the agent himself and, in general, can be considered evil. The satisfaction of desire is good — as in the example of rape and murder satisfying a desire, and thus having, subjectively, a good side — though, obviously, rape and murder are certainly evil in and of themselves.

This stops me in my tracks, and I don’t think I’m the only one who’ll feel this way. Svendsen seems to be trying to reduce the four types of evil to three by proving that so-called demonic evil is only a warped or problematic form of instrumental evil.

I don’t understand his logic here, and in fact I object to this idea for multiple reasons. First, there’s the statement that “the satisfaction of desire is good”. Really? This may be true to a degree — to satisfy a desire seems better than to frustrate it — but I’m nowhere near willing to identify “good” (in the sense of good vs. evil) with the satisfaction of desire. Buddhists consider desire to be illusory, and real-life experience has taught all of us that there is a difference between pleasure and goodness.

I also don’t see what’s gained by denying the idea of evil for its own sake, by attempting to reduce this concept of demonic evil (which has just been introduced a few pages before) to more elemental parts. It does seem realistic that people are sometimes driven to harm other people precisely for the enjoyment of seeing the other people suffer, and this type of evil is something more than instrumental. We can’t reduce a relationship between human beings to an objective equation of good (satisfaction) and evil (harm). A theory of evil cannot be so mechanical as to fail to consider the relationship between an evildoer and his victim as a primary element of the equation in itself. This reduction simply rings false.

As I reach this point in the book, I don’t want to give up on Lars Svendsen (far from it), but rather I want to slow down, back up and ponder how I can differ so strongly from the author on this point when I was following him so easily on all the previous points. It occurs to me now that I want to spend more time with this book, and go through the early chapters even more carefully to make sure I am fully understanding the author’s line of reasoning. Is he equating good with satisfaction of desire? Is he stating that a human being’s relationship to other human beings is no different from his relationship to other objects in the world?

I’m only about a third of the way through A Philosophy of Evil, and I now see that there is too much here to write about in a single blog post. I’d like to pause here and return to this book again soon. It hasn’t yielded any great answers yet, but I think the book has already proved itself useful in helping us find the questions.