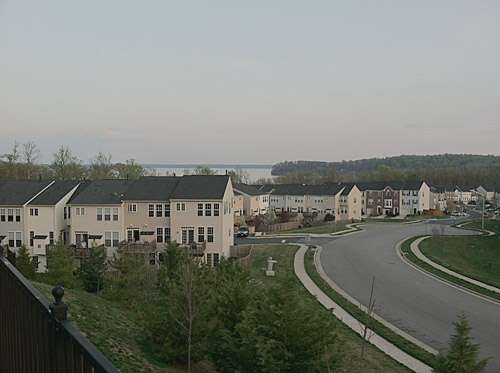 I was recently pondering the upcoming midterm elections here in the USA while stopped dead in rush hour traffic on a Fairfax, Virginia highway. Far away by the side of the road, I spotted a freaky-looking old white-bearded guy waving a sign that I had to strain to read.

I guessed that his sign bore a political message, but based on his expression of plucky determination I could not guess whether it would be a message I’d agree with or not. This gave me a unique opportunity to form an advance opinion of this person’s character and intelligence based only on his appearance — blue jeans, work shirt, a funky-enough hat — and to compare my initial impression to the impression that would follow once I could read the words on his sign.

Based on initial impression, I liked this guy, because it takes a lot of guts to stand at a crowded highway intersection all by yourself and wave a sign at frustrated rush hour drivers. I also liked him because he had a pleasant and intelligent face, and because I tend to always like people with strong opinions and the courage to stand alone. As my car inched closer to where he stood, I really hoped his sign would say something deeply insightful.

The joke was on me. I could only have been more unimpressed if he’d taken the trouble to spell out “B-E-N-G-H-A-Z-I”.

Even so, I had trapped myself, because I could not deny that my initial impression of this stranger had been hopefully positive. I now wished to understand the obviously deep ideological gulf between me and him. I would not take the easy way out and now declare that he must be a brainless loudmouth, or a likely racist, or a certifiable nut job. These answers were too easy, and were probably untrue. I have known enough thoughtful and knowledgeable people who hate and fear Obama that I’ve come to realize that there must somewhere be a logical foundation for this position, even though the logic remains invisible to me.

Yes, I am still mystified at the intensity of the fear and hatred Barack Obama inspires. I was his supporter from the beginning, and am even more so today. I certainly don’t always agree with him, but I have no doubt that his performance as President has been extremely impressive, that he has maintained his dignity and calm resolve against an amazingly intense barrage of opposition. This example of dignity is so remarkable that I know there will eventually be airports and monuments and national parks dedicated to Barack Obama, and that he will eventually be ranked as one of our very best and most effective Presidents.

And yet I know that I am often alone in this opinion. Even many of my liberal friends are surprised when I tell them I still like Barack Obama. Perhaps it’s because I feel so utterly alone in this opinion that I badly wanted to relate to that guy with the dumb sign by the highway in Fairfax, Virginia. He and I probably don’t share much in common, but we’re both used to standing alone.

Election Day 2014 is a couple days away, and the shape of our Congress and Senate is at stake. Literary Kicks has endorsed candidates in many elections dating all the way back to Bob Dole vs. Bill Clinton in 1996, and I hope some people are eagerly awaiting our 2014 endorsements, even though we’ve supported liberal/Democratic candidates virtually across the board since then. I’m happy to announce our endorsements here today.

It won’t take long to get this out. Litkicks says “vote blue” across the board (yeah, I know, once again, no surprises here today). We especially say “vote blue” if you live in a state where a hotly contested Senate seat is at stake, because we’d hate to see the Senate fall under the control of obstructionist Republicans and give them more power to block common-sense initiatives that we badly need.

I’m happy to be specific: the 2014 midterm election will have a major effect on legislative options for two hot-button issues that matter very much. I’d like to briefly explain my thinking on both.

The Affordable Care Act of 2010 was an essential step in the right direction for a country that had fallen far behind nearly every other modern nation in the world in public health standards. Despite the incredible barrage of negative coverage Obamacare has gotten, it has proven successful by every measure. Health insurance is now more affordable for almost all Americans, and sick people who previously were literally forced into bankruptcy or inadequate care because they could not get health insurance are now guaranteed an affordable rate. This is in itself a gigantic achievement, but there’s more. Along with enabling a much healthier American populace, Obamacare has also saved taxpayers money, just as original Congressional Budget Office predictions said it would. Obamacare has been an absolutely gigantic success, and it’s simply obscene and insulting that many Republican candidates, including Kentucky’s corporate stooge Mitch McConnell, are still threatening to use the increased power of a Republican Senate (if they win in the midterms) to harm Obamacare’s effectiveness. I believe that politicians like Mitch McConnell should be run out of town for attempting to disable a health insurance reform law that has literally helped and saved the lives of millions of Americans while also saving taxpayers money.

Neither Democratic nor Republican candidates have been particularly powerful on ecological issues, and it’s clear that the American people will need to lead our timid politicians by the nose to get them to finally understand that this is an issue we all care about. Long term, we citizens must speak out much more loudly and demand faster action. In the short term, though, it’s a sad truth that a Republican-controlled Senate in 2014 would bring even more obstructionism and dysfunction in an area where there has already been too much of both.

For these two reasons above all — and also for several others — Literary Kicks has a clear endorsement choice in 2014. We support Democratic candidates across the board, and we hope you will too.

Please feel free to share your thoughts as Election Day approaches by posting a comment. All opinions are welcome. Even if you think ebola is Barack Obama’s fault, we’d love to hear what you have to say.