David Markson, Beloved By Many 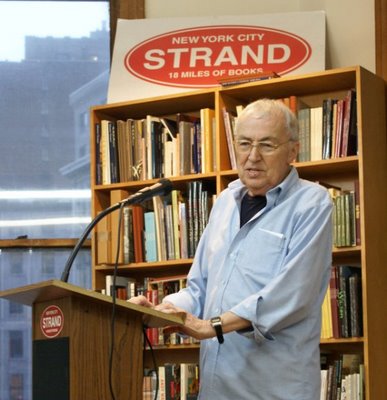 The experimental novelist and one-time pulp/satire novelist David Markson (This Is Not A Novel, Wittgenstein’s Mistress, The Last Novel, Epitath For a Dead Beat, Dirty Dingus Magee) has died at the age of 82, and many of the literary folks I follow are posting tributes. I’m impressed by the intensity of the reaction at Literary Saloon, Confessions of an Idiosyncratic Mind, HTML Giant, Gigantic Sequins, Filthy Habits, The Big Other, The Constant Conversation and Kenyon Review. These tributes prove that this author (who was never very well known or widely read) really broke through to a select group of readers in a unique way.

Can I pay respect to an author I’ve never been able to read myself? It’s an interesting question. I’ve tried several of Markson’s later novels and never got anywhere. Ludwig Wittgenstein is one of my very favorite philosophers, and I’ve read several thick books by and about him, so David Markson’s postmodern send-up Wittgenstein’s Mistress should have been a natural for me. I tried it and couldn’t figure out what the hell the wandering narrative was trying to do, and ended up closing the book for good, gasping for air, after about seven meandering pages. I’m sure it’s some intellectual failure of my own that’s at work here, but I have no taste for self-referential postmodernism. I like books about life, books about people, books about things that happen — and David Markson’s books seem to be about the act of writing, about the fragmentation of thought, about, well, about themselves. It’s not my cup of tea. Still, when I see the intense outpouring of emotion in the links above I can only wish I were a broader-minded reader, that I could better understand what all these other smart readers are so excited about.

With that said, I offer David Markson’s career up to you, and would love to know if any Litkicks readers know and value his work. I’ve learned from the tributes above that Markson could often be found wandering the stacks at the great Strand used bookstore in New York City, and since I also spend a lot of time at the Strand I wonder if I’ve ever run into him there. I’m intrigued by everything I’ve read, and maybe I’ll even check out one of his earlier Beat-Generation-related novels, perhaps the one called Epitath For a Dead Beat. I didn’t know this book existed until yesterday.

It’s an encouraging thing when a less-than-famous author is so well-remembered upon his death. Many of us can only hope to find ourselves so beloved when one day we kick the bucket ourselves. So here’s one more tribute, for a novelist who wrote novels about novels that I’ve never managed to read: David Markson, R.I.P.