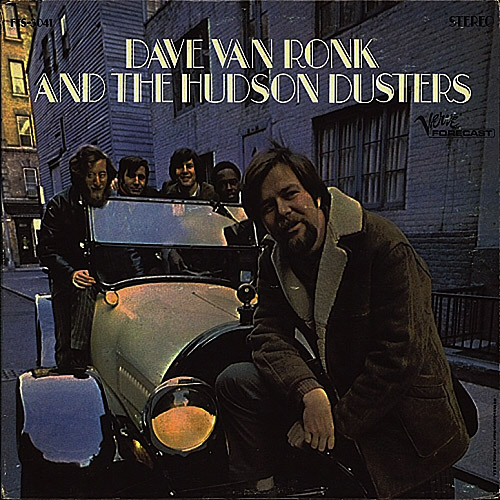 Dave Van Ronk, a quintessential 1960s Greenwich Village folksinger, never became a superstar. But he was always a part of the folk-rock fabric, and the superstars listened to him. Bob Dylan swiped his interpretation of the traditional “House of the Rising Sun” from Van Ronk, and later the Allman Brothers picked up Willie McTell’s “Statesboro Blues” from one of his records. The gravelly-voiced strummer/shouter died in 2002. I was lucky enough to hear him perform once, at a beatnik poetry tribute at St. Marks Church, in the late 1990s.

. If the Coen Brothers handle the 1960s Greenwich Village folk scene as beautifully as they handled the 1930 Delta blues scene in O Brother Where Art Thou, then we’re all in for something very special. Here’s an early glance at the movie’s trailer.

It’s hard to pick a representative Dave Van Ronk song — he was too eclectic to be easily represented — but one of my favorite tracks is “Rompin’ Thru the Swamp”, from the album Dave Van Ronk’s Hudson Dusters, here: