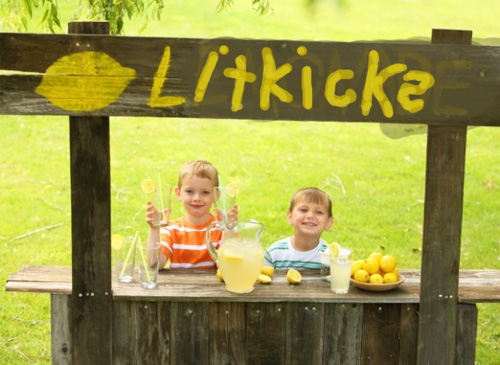 I’m off for a month of rest and rethinking. As I’ve mentioned before, Litkicks is going to go through some changes before it returns in early September. The main goal of the redesign is to enable a more natural flow of content on the site, and to allow the site to do more of what works and less of what doesn’t. I’m still sketching out the basic plan, but here’s a slightly more detailed breakdown of the changes I have in mind:

Literary news and essays. This will remain the primary purpose of the site, though we’ll be posting shorter pieces at a faster rate on the new version, along with the regular stream of longer pieces by myself and excellent contributors like Michael Norris, David Richardson, Claudia Moscovici, Alan Bisbort, Garrett Kenyon, Dan Barth, newcomer Tara Olmsted and hopefully other new voices too. The main change in this area will be a bifurcated design for content: there will be one stream of short, newsy blasts and another stream of more substantial writings. I think this will help the site a lot. As for the style and sensibility of the literary coverage, that will stay exactly the same: opinions, observations and research.

Philosophy Weekend. We’re keeping it. I think it’s going very well. Have I mentioned that the book Why Ayn Rand Is Wrong (and Why It Matters)

has now sold over 1700 copies on Kindle, iBooks, Nook, Kobo and paperback? I definitely plan to keep building on the interest that readers are showing in this kind of subject matter, and I will be putting out more e-books under the Literary Kicks imprint.

Action Poetry. We’re keeping it, but I’d like to do something new with it soon. This poetry graffiti board has been running since 2001 (before the current version, it was a message board) and I am consistently amazed by the talent, craftsmanship and originality of the short poems that appear there, and by the friendly openness of the group. Still, I’d like to inject some new life into the feature, and I KNOW I need to update the software. (I’m thinking that this would make a great iPhone/iPad app. Any thoughts on that?) Action Poetry will need to evolve to stay relevant, and it may take some time before I figure out the next steps. But we’ll keep it running, and I think I’ll even keep the stream alive during most of the site downtime in August (though I will have to take it down for at least a week or two as I physically switch the site platform over.)

Archives. Of course. The Literary Kicks archives has been growing since 1994 and we haven’t lost an article yet. (The fact that I have been able to port these archives to numerous formats over the past 18 years without data loss or formatting problems is proof that I’m a damn good techie, if you don’t mind me bragging a little …)

Social network integration. I’m looking forward to “realigning my social graph”, as the pundits say. It’s been a bit of a mess up to now, and I’ve taken the first step towards better social network integration by finally launching a Literary Kicks Facebook page. I’ll use this to keep in touch with readers about the site — please visit and like it today, and then you’ll get a notification when the new site launches in a month.

Visual sense. I’m very proud of the graphic designs that have appeared on this site, and I don’t plan to change much about the site branding and imagery or editorial graphics. I will, however, be redesigning the layout and navigation of the site, so this may take some getting used to once the new version launches. As for our mascot, Paul “Blue” Verlaine and his glass of absinthe … I think we’ll keep Paul around.

Taxonomy. We’ll continue to maintain and develop a taxonomy of topics, genres, themes and literary eras. I will also be experimenting with the semantic web features of Drupal 7, for whatever synergy this may create.

Me shooting my mouth off about politics. Oh, hell yeah.

That’s about it — I’m outta here till September! If you miss me that much, you can always check out my father’s site, Eli Stein Cartoons (he’s running a cartoon caption contest right now). Don’t forget to hit us up on Facebook, or you can check out my Twitter to hear me complain about Drupal migration headaches (and other things) as the redesign progresses. Have a great August, literary peeps! See you soon.