Beloved and Unknown: Adventures in Marketing an International Masterpiece 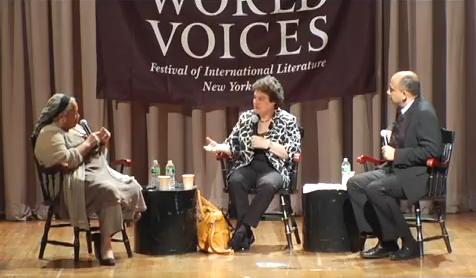 (Dedi Felman’s coverage of PEN World Voices continues with this tale of what it takes to put an exceptional novel in front of American readers. — Levi)

What sells a book?

Picture an editor desperately scribbling at her desk. She’s drafting a “sell sheet” for a book for which she hopes to gain her publishing colleagues’ support. The author has indie appeal but virtually no mainstream recognition. Said author is also very dark, feminist, brilliant, and experimental. She’s perhaps just a bit too lucid about sexual power games to be a male critic’s darling (and most mainstream media critics remain male.) The zeitgeist also feels ever so slightly off. In her book, the author goes for the throat of an issue — Race — that most Americans, loudly proclaiming their liberalism in having elected their first black president, increasingly prefer to avoid. Evidence of the new postracial America is spotty but debate has, at least for the moment, been somewhat silenced. Finally said author, who is NOT Toni Morrison, is a foreigner. Even worse, the language in which she writes, Afrikaans, has associations that make people scratchy. The book is a masterpiece. Our poor editor is in a muddle:

“A 600 pp monumental epic” … Wait, scratch that. Length is intimidating in our blog bite times.

“A captivating saga … captures the sweep of South African history” … Arggh. Language designed to appeal to Sales. It is also grossly inaccurate. And isn’t a Colleen McCullough-esque pitch wildly outdated?

“Picks up where J. M. Coetzee and Nadine Gordimer left off.” Wrong, wrong, wrong. Who lumps writers together merely because of nationality? Gordimer’s social realism and Coetzee’s (post)modernism are on different ends of the writing spectrum. Not to mention that both writers are still writing and neither have much in common with van Niekerk.

“A marvel of interiority, linguistic and formal innovation.” Hmmmm. Who in the post-video generation cares about interiority? And aren’t we venturing into pretentious Jonathan Franzen territory here? Gosh, we can’t alienate Oprah. Publicity will have my head.

“A masterful translation that captures the passionate lyricism of the original.” Wait. And the last time translation helped sell a book was … What am I thinking?!

“An inspiring story of a white woman in the terminal stage of ALS and a black maid handed the reins of self-empowerment. Two women suffocating within the lines that define their times, about to take an extraordinary step. Heartbreaking and true.” Now we’re getting closer! We’ll leave out the bitterness, the irony, the main character’s bitchiness, and anything resembling literary gravitas and we’ll sell it like THE HELP! Bestseller-dom here we come. Sales is going to love me.

This is not a true story. But it’s close enough. And it captures a dilemma that haunts publishing and the PEN World Voices festival — even its most famous participants.

For a large portion of the impressive panel PEN staged on Saturday featuring Nobel Prize-winning Toni Morrison, prize-winning South African author, Marlene van Niekerk, and moderated by Princeton professor Anthony Appiah, Morrison, a longtime Random House editor herself, seemed to fall back into editor-speak. Morrison, whose combination of powerful elegance and impish humor always puts audiences both at ease and in awe, had already contributed a rave blurb for van Niekerk’s new book, Agaat, saying: “I was immediately mesmerized … Its beauty matches its depth and her achievement is as brilliant as it is haunting.” At the event, she talked about “not being in a reading mood” when van Niekerk’s book first arrived, but being instantly drawn in. The first half hour was staged as a conversation but to a great extent consisted of Morrison’s explanation of and praise for van Niekerk’s stirring novel. 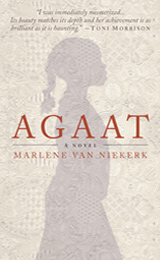 Why so much time spent on such fulsome words from one of the most famous authors in America for a relative unknown? Agaat is indeed a revelation. But also because PEN World Voices wants to introduce Americans to more foreign voices. And Toni Morrison, who as a publishing veteran knows this game as well as anyone, was graciously — and very generously — determined to do her part.

Did she succeed? Does PEN? It’s a question we all hope can be answered favorably. Spectators certainly show up for the famous American authors at PEN World Voices (the second half of the panel, the Q&A, consisted primarily of avid audience members asking questions of Toni Morrison, whose works they clearly knew and revered.) And the few international authors at PEN World Voices already known to Americans garner great attention. But much as audience members enjoy the contributions to panel debates or readings of the new foreign names they are introduced to, how many go home and order those authors’ titles on Amazon? And two months later, how many remember the foreign authors’ names? And two months after that, how many publishers renew their contracts for American editions?

As someone who pushed early and hard for recognition for van Niekirk’s Agaat [For an earlier interview with the translator see here] it’s been nothing but gratifying to see fellow publishers and members of the writing community — from the extraordinary agent Isobel Dixon who got us all going, to amazing translator Michiel Heyns, to Tin House’s Rob Spillman, a longtime champion of African writing, to the wonderful Tin House publishing team to PEN to yes, Anthony Appiah and Toni Morrison — come out to support an undeniable talent. Their efforts are a reminder of the passion and generosity that drives the best of literary publishing. But I’m also reminded of the daunting amount of publicity it takes to get an unknown author even a modicum of recognition in this country.

My own faith in “word of mouth” or other reliable forms of publicity has weakened as literary publishing itself has lost ground to more reliable forms of bestsellers. But my faith also hasn’t been so diminished that I wasn’t determined to write about Agaat and this remarkable panel. I hope you’ll read the book. You may like it not. You may not. I’m fairly sure that you’ll feel something. And I guarantee that you’ll be exposed to an extraordinary intelligence that captures through just a few deeply-etched characters some of the most provocative and important aspects of the 20th century. And if just one reader is converted, perhaps that’s enough. If you have thoughts on how publishing could do a better job of introducing international authors, please do let me know in the comments below. Blog posts? Attempts at attention-getting humor? Bullying (joke)? Readings? Great blurbs? What do you think?

[Coda: I just learned that Marlene van Niekerk’s Agaat will be featured in a two-page review in the New York Times Book Review on the weekend of May 23. Congratulations to all. A wonderful ending to a publicity story of lows, and just ever so occasionally, highs…]