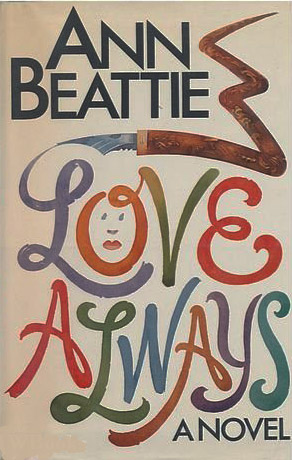 Ann Beattie, the distinctive fiction stylist, was born in 1947 in Washington D.C. and grew up in Chevy Chase, Maryland. She studied writing at American University and the University of Connecticut and had stories accepted by the Atlantic Monthly and the New Yorker. In 1976 she published both her first book of short stores (“Distortions”) and her first novel (“Chilly Scenes of Winter”). She has taught at the University of Virginia in Charlottesville, has lived in Maine and Key West, and is married to the artist Lincoln Perry.

Beattie’s novels and short stories are known for a tone of gentle starkness and quiet conflict. Her characters live and talk in pastel-colored monotones, maintaining careful distances from whatever is really bothering them, confusedly groping about for things to hold on to, for reasons to be happy. In the late 70’s and 80’s she was often grouped with other “Minimalist” writers such as Raymond Carver. Like Carver’s, her fiction performed no postmodern tricks, did not jump back and forth in time, and never broke the glass-like surface of narrative tension. Characters would talk and respond to each other, then split apart to gather their thoughts in isolation, then meet to talk again. Sometimes the characters understood each other, sometimes they didn’t. Her stories would often begin and end at seemingly random moments, without climax or resolution. I remember the first time I read an Ann Beattie novel, her second, “Falling in Place.” I loved the book, but at the last page I had to check the binding to make sure no pages had fallen out, because the ending was so abrupt and unsatisfying as to seem like a mistake. I later learned that this is how Beattie writes.

Her fiction is also notable for the population it covers. Where Raymond Carver delves into the lives of ordinary working class Americans in nondescript homes and trailer parks, Beattie focuses on the supposedly “beautiful people” of the East Coast — writers, painters, professors, lawyers, doctors, soap opera actors, beach bums and shopkeepers. They listen to Eric Clapton and Bob Dylan and go to many, many fashionable parties. Ann Beattie once wrote the introduction for a book of art by Alex Katz, and the pairing is perfect. Beattie and Katz both like to skim the emotional surfaces of opaque people at bad cocktail parties, and find the depth hidden within.

If Alex Katz is her counterpart in painting, her musical co-respondent is often said to be Joni Mitchell, though Suzanne Vega, with her steady gaze and calm voice, may be an even better match.

Ann Beattie has maintained a marvelous consistency from her first stories to her most recent. Despite a wide variety of settings and subjects, somehow the first lines of her stories always transport me to a quiet gathering of friends on a Vermont back porch at dusk where somebody is drinking Sangria, somebody else is sneaking a joint, and among the murmuring voices of the crowd several people around me are synchronously confronting and quickly forgetting the hard truths of their bleak but pleasurable lives.