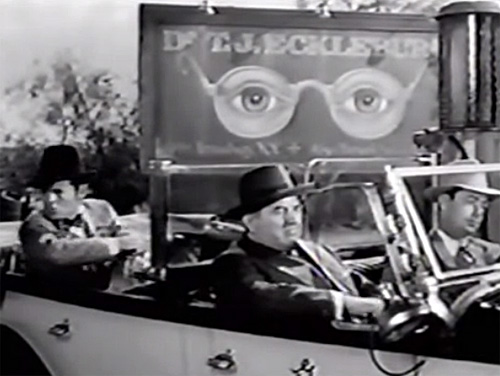 Surprise! I have wished my entire literate life to see the 1949 film version of The Great Gatsby, which starred Alan Ladd as Jay Gatsby and Betty Field as Daisy Buchanan. This was the second attempt to film F. Scott Fitzgerald’s novel, and like the 1926 version starring Warner Baxter and Lois Wilson, the film has been nearly impossible to see.

Neither movie was a hit with moviegoers or critics, which may explain why they both disappeared from public view. The 1926 version appears to be truly lost (only a trailer remains as evidence of its existence), and while I’d never heard that the 1949 version was completely lost, it has always been so unavailable that it may as well have been. The only Great Gatsby movie in circulation has been the 1974 film starring Robert Redford as Jay Gatsby and Mia Farrow as Daisy Buchanan. This version was also neither a big hit nor a critical success, though it was the first Great Gatsby movie to treat the material with the exquisite and expensive attention it deserves. I’ve seen it a couple of times, but have always imagined that interesting perspectives on Fitzgerald’s work could be gained by also seeing the 1949 version, if only a copy would surface.

Well, what do you know? I just discovered that the entire movie is on YouTube. A clean, legal print, complete, uninterrupted, free.

I have no idea who found or uploaded it, but a message on the YouTube page explains that a copyright law allows the film’s “fair use” viewing, to which I can only say “hurray”. I became aware that the film was online last Friday evening, and immediately watched the whole thing.

It’s not a great movie, and it deflates Fitzgerald’s masterpiece in several ways. Still, as I suspected, it does help us to better understand how Fitzgerald’s masterpiece evolved in the public mind after its first publication. The novel was 24 years old when the film was made, and the author (whose most popular novel had been his first one, the collegiate romp This Side of Paradise, not the later Gatsby) had been dead for nine years. In 1949, the reputations of both the novel and the novelist still hung in the air.

The 1949 Great Gatsby is a simple and unpretentious film. There is absolutely no aura of “literary classic” about it, and director Elliot Nugent breezes through the story with little thought to grandeur or resonance. The main thrust of the film is the contrast between Gatsby’s lowly gangster past and his hapless social climbing, and the film takes a far greater interest in this aspect of his character than in the particulars of his relationship with Daisy Buchanan, or in the observational point of view of narrator Nick Carraway.

Accordingly, the film opens not with Nick Carraway but with Jay Gatsby’s journey to West Egg to buy a mansion. He arrives with an entourage including Ed Begley as “Lupus” (a de-Jewified Meyer Wolfsheim) and Elisha Cook Jr. as a young punk (Cook seems to be reprising the character he played against Humphrey Bogart in The Maltese Falcon, and it’s worth wondering whether Humphrey Bogart might have been considered for the part of Gatsby. Now that movie might have worked.)

In the novel, we gradually learn that Jay Gatsby is a bootlegger whose real name is Jay Gatz, but here all the beans are spilled in the early scenes, as if to avoid any chance of complex character revelation. Several other niceties in Fitzgerald’s prose are treated with similar bluntness, adding to the film’s overall flat aspect and lack of subtle narrative power.

The film could not have had much of a budget. The only outdoor set is the valley of ashes, featuring the T. J. Eckleberg sign. We see piles of burning trash, but the vast teams of Dante-esque ashpile workers are not seen. There are party scenes at the Gatsby mansion, but no big dance numbers or original musical tableaus (an obvious missed opportunity).

On the positive side, the action moves quickly and follows the book closely after the first few mangled scenes. There is the trip to the Plaza Hotel, the frequent passage through the valley of ashes, the yellow car, the poolside shooting. The cast includes Howard Da Silva (who would decades later play Benjamin Franklin in 1776) as schlemiel George Wilson and Shelley Winters as his whiny wife Myrtle. Some attempt is made to whip up a sincere love story between Nick Carraway, played by Macdonald Carey, and Jordan Baker, portrayed by Ruth Hussey, and also to show that Nick Carraway is morally offended by Gatsby’s carryings-on with the married Daisy Buchanan. Tom Buchanan, played by Barry Sullivan, gets a lot of screen time, but he doesn’t deliver his signature rant about the inferiority of certain races.

Conclusion: after waiting all these years, I find the film to be about as flat as an old glass of soda pop. But I was hoping for insight into Fitzgerald’s novel, not cinematic brilliance, and this film offers some. The 1949 Great Gatsby is a morality tale, but the lesson is not so much about love as about crime, and about the folly of striving beyond your social standing. The spectacle of vast disposable wealth is clearly at the center of the film’s message. Perhaps the movie’s most memorable scene, and the one truest to the emotion contained in the book, is the one in which Gatsby shows off his collection of monogrammed shirts to a swooning Daisy. Here, both actors reach a giddy height of excitement that may even live up to the corresponding moment in Fitzgerald’s novel. 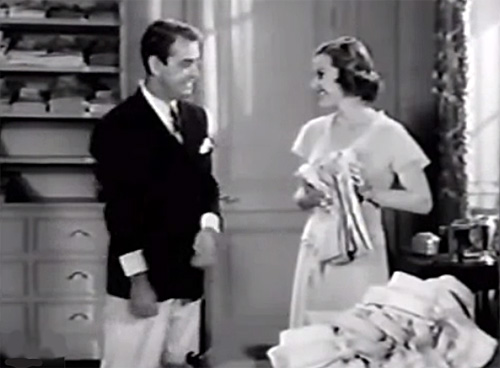 Here is a still from the title sequence: 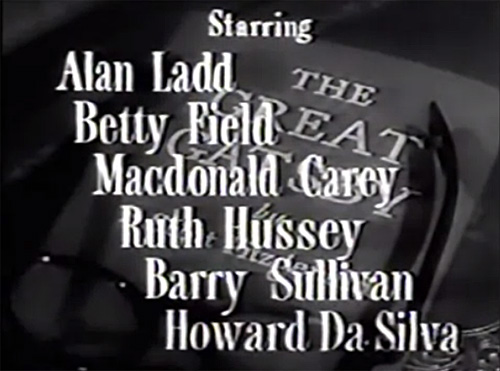 A fourth Great Gatsby film, directed by Baz Luhrmann and starring Leo DiCaprio, will be out later this year. I don’t have very high hopes for it.

[UPDATE: Unfortunately, the above YouTube link to the 1949 Great Gatsby no longer works, and appears to have been removed by copyright holders. On the brighter side, I did see the Baz Luhrmann Great Gatsby and, surprisingly, liked it very much.]

This is going to be Great Gatsby week here on Litkicks. Nearly two years ago I posted about my attempts to locate the exact locales and routes through the valley of ashes in Flushing, Queens, and this blog post has become one of the most enduringly popular pages on the site. It recently occurred to me that I have never shared the photos I took at this locale, and now that I know how many readers are interested in exploring the valley of ashes with me, I’m going to put the pictures up. Check back Thursday for this!