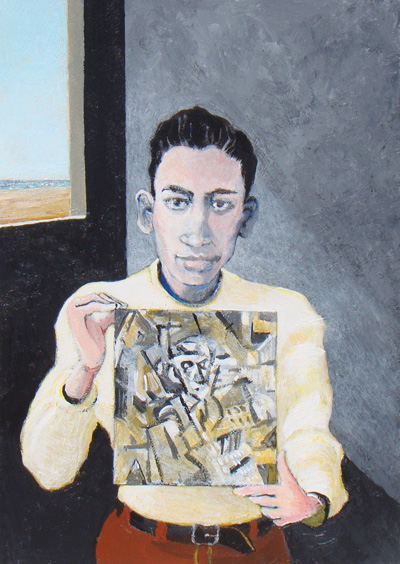 In 1948, J.D. Salinger published the short story “A Perfect Day for Bananafish” in the New Yorker. This event was a major step in his literary career. First, it brought Salinger serious critical acclaim. Second, it established a working relationship between the author and The New Yorker. The magazine offered Salinger a right of first refusal contract, and he subsequently published his new work almost exclusively in the New Yorker. Third, it marks the first published appearance of Seymour Glass, the oldest sibling in the Glass family. Salinger would go on to chronicle the lives of the Glass family siblings in a series of short stories and novellas.

“Bananafish” is the only story in which Seymour appears in real time. In all the other stories he is either referred to, or described from a distance in time. Nevertheless, the spirit of Seymour pervades all of the stories, and is a constant presence in the thoughts of his younger brothers and sisters.

) is a masterpiece of economy and style. Using mostly dialog to set the scene and give background on the main characters, Salinger presents the barest of facts, describes a series of events, and then lets the reader puzzle out the meaning and fill in his or her own perception of the characters. Salinger at this point in his life was a student of Zen Buddhism, and “Bananafish” is similar to a Zen koan, or riddle, in which a question is posed and the answer is found through meditation and self-examination.

“Bananafish” opens in a hotel in Florida in 1948. Muriel, Seymour’s wife, is talking to her mother on the phone. We learn that Muriel is basically a shallow, self-absorbed woman who does her nails and glances through a woman’s magazine while waiting for her call to her mother to go through. In the conversation, we learn that Seymour has been behaving rather strangely since he returned from the war. We hear allusions to a car accident, to odd behavior towards Muriel’s family, and we also learn that Seymour was in an army hospital before coming home. Muriel tells her mother that she tried to talk with a psychiatrist who is staying at the hotel about Seymour’s problems. 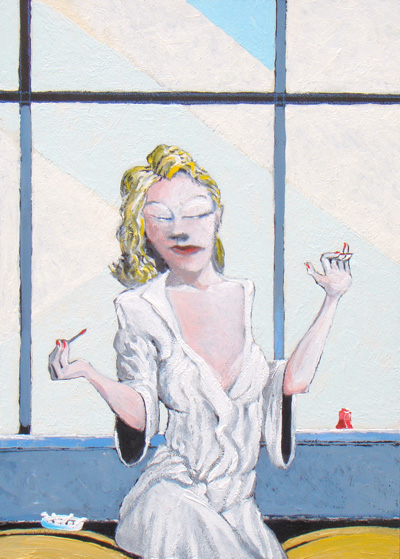 The action of the story then moves to the beach. A young child named Sybil Carpenter is on the beach with her mother. The mother lets Sybil run off and play while she heads up to the hotel to have a cocktail with a friend. Sybil runs down the beach to find “see more glass”.

Seymour Glass is revealed to be a pale young man wearing a terry cloth robe and lying on the beach. Sybil asks him where the lady is. Seymour replies that Muriel is “At the hairdresser’s. Having her hair dyed mink.” The two have a discussion about Sharon Lipschutz, another little girl who Seymour had let sit on the piano bench while he played in the Ocean Room at the hotel.

Then Seymour and Sybil go into the water. Seymour has an inflatable raft, and when the water gets up to Sybil’s waist, he put her on the raft, on her stomach. Seymour tells Sybil about bananafish: “they swim into a hole where there’s a lot of bananas. They’re very ordinary-looking fish when they swim in. But once they get in, they behave like pigs. Why, I’ve known some bananafish to swim into a banana hole and eat as many as seventy-eight bananas. “ Seymour explains that after they eat so many bananas, they can’t get out of the hole. They get banana fever and die.

Sybil then says she sees a bananafish with six bananas in its mouth. Seymour kisses the bottom of her foot, and then pushes the raft and Sybil back to shore. Sybil runs off down the beach, and Seymour goes back to the hotel. On the elevator ride up to his room, he accuses a woman passenger of looking at his feet. He says “If you want to look at my feet, say so … But don’t be a God-damned sneak about it.”

Seymour lets himself into the hotel room, which smells of “new calfskin luggage and nail-lacquer remover.” Muriel is sleeping on one of the twin beds. He takes a Ortgies 7.65 caliber automatic from his bag, sits down on the unoccupied bed, and shoots himself through the right temple.

Thus the story is laid out before us, and we need to solve the koan, the puzzle. Why did Seymour Glass kill himself? We know that he was discharged from an Army hospital, that he has been behaving strangely. His behavior on the beach didn’t seem too abnormal, although wearing a terry-cloth robe on the hot beach in Florida seems a bit odd. The bananafish story could just be the type of thing that an adult makes up to amuse a child, except for the way the bananafish die.

Seymour’s violent outburst against the woman in the hotel elevator, though, suggests that he may be deeply disturbed. The abrupt, unexpected suicide is shocking and final. And now that the story is over, we start to reflect back on the events we have just read.

A clearer picture of Seymour Glass emerges. He has returned from the war with what we now call post-traumatic stress. We know from Muriel’s conversation with her mother that he spends the evenings playing the piano in the Ocean Room rather than mingling with the other guests. He is more comfortable with little children than he is with adults.

The bananafish story, on reflection, is a metaphor for the post-war American consumer society. Seymour has returned from a Europe devastated by World War II to an America where people express an unbridled materialism. Their appetite for material possessions is insatiable, like that of the bananafish for bananas. Ultimately, this appetite is fatal, if only for the spirit.

We now see how deeply disturbed and depressed Seymour really was. Returning from the war badly shaken by his experience there, he is thrust into a superficial society that glories in materialism. His wife is more interested in “dying her hair mink” than making a serious attempt to read a book of German poems that he has given her. He despairs at the life ahead of him, and pulls the trigger.

Salinger was a master of the taut, enigmatic short story. He gives us just enough information to form a lasting impression of his characters, an impression more vivid than if he had described them from head to toe in extreme detail.

Two more short stories involving members of the Glass family followed “Bananafish”. Also published in 1948, “Uncle Wiggly in Connecticut” reveals that Walt Glass, whose twin brother is Waker, was killed in a freak, non-combat, accident in Japan during the War. This story was made into a film, My Foolish Heart, though this was a complete bastardization of Salinger’s story. The experience so embittered the writer against Hollywood that he never again authorized film adaptations of his work. 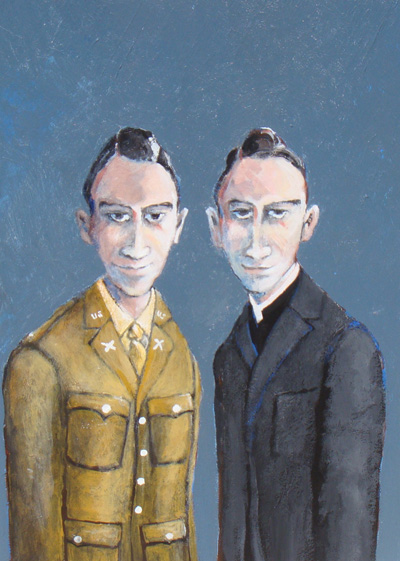 In 1949, the story “Down at the Dinghy” was published. This story introduces us to Seymour’s oldest sister, Boo Boo, who is married and living in New York, with a summer home on a lake. During the course of the story, Boo Boo’s son Lionel drops his uncle Seymour’s swimming goggles into the lake. 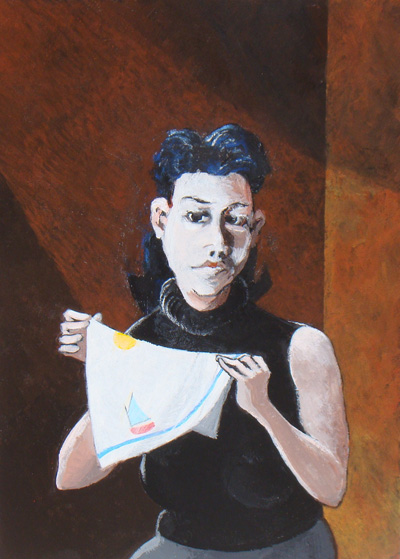 More in-depth explorations of the Glass family followed these stories. In all, there were seven children in the Glass family, and starting in the mid-1950s with the publication of the short story “Franny”, all of Salinger’s published efforts were stories chronicling this large and eccentric group.