John Banville, the 20 Minute Guitar Solo and Truth in Fiction 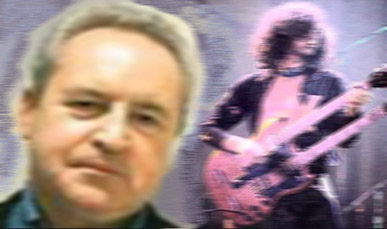 It would be a shame if the predictable backlash against David Shields’ exciting critique of contemporary literarature Reality Hunger (or against Ben Yagoda’s related study Memoir: A History) actually discouraged any potential readers from checking out either book. The David Shields book has been stirring up a lot of strong words lately, and I’m finding the intensity of anger strange. Granted, as Laura Miller suggests in the Salon article above, some of Shields’ bold statements are designed to be “controversial” (it sells books) — however, they may still be worth something. It’s galling that Jessa Crispin reacts to Shields book with defensive scorn, as if bloggers and critics who discuss the book were trying to tell her what to do. She says, “I don’t know why people feel the need to make declarations about what literature should be all of a sudden.”

Well, this is called literary criticism, and whether it’s written in the gentler tones of James Wood or Daniel Mendelsohn or in a more rambunctious and confrontational style, no work of literary commentary should have to explain that it isn’t trying to tear any favorite books from the hands of Jessa Crispin. Obviously, David Shields’ strong words are rhetorical, and nobody really thinks that “fiction is dead”.

This rough statement, which has been attributed to both David Shields and Ben Yagoda, should obviously be understood as an exaggeration, an appeal to a transcendent idea. We all know the novel and the short story will live. Still, the statement “fiction is dead” seems to hold some power, and there are many readers like myself who want to examine the statement and mine it for meaning. That’s why we talk about the Yagoda and Shields books, and we’d like to be able to do so without being harassed by others who apparently think we’re harassing them.

Here’s a different angle on the whole “fiction is dead” line. In the form’s earliest days, novels were often published under masked identities, because this liberated the authors in various ways. Miguel de Cervantes pretended that the manuscript containing the story of Don Quixote had been found by an Arab trader, while George Eliot’s pen name allowed her to write with candor, and Daniel Defoe’s mysterious identity permitted readers to believe Robinson Crusoe was non-fiction (which didn’t hurt sales of the book). In all of these cases, their novels were not essentially works of fiction but rather works that hinted or aimed at truth through fiction. Novels were valued by readers not because they told of imaginary things but because they promised to tell some version of some truth.

I’ve been reading a novel called A Fortunate Age by Joanna Smith Rakoff, a rich and very enjoyable tale of affectionate, wealthy college friends growing into adulthood through the late 1990s and early 2000s. When I began this book it almost felt like a guilty pleasure, because I knew there would be parties and divorces and babies and dot-com crashes and September 11, and it felt familiar to my world. As I read this book, I often feel that the author (who I do not know) must be telling the truth about her own life, or about the lives of others. I know it’s a novel, but the novel feels “truthy” to me. This is a reading experience, I think, that David Shields’ Reality Hunger would consider truth-based, even though the book is a novel.

Then there’s The Infinities by John Banville, a high-falutin’ philosophical kind of book that I really wanted to read, because it’s got modern families, Greek gods and a crazy alternate history scenario in which England has remained Catholic since the age of Mary Queen of Scots. This is my kind of book, so I gave it a try, but was stopped cold dead by the opening page:

Of the things we fashioned for them that they might be comforted, dawn is the one that works. When darkness sifts from the air like fine soft soot and light spreads slowly out of the east then all but the most wretched of humankind rally. It is a spectable we immortals enjoy, this minor daily resurrection, often we will gather at the ramparts of the clouds and gaze down upon them, our little ones, as they bestir themselves to welcome the new day. What a silence falls upon us then, the sad silence of our envy. Many of them sleep on, of course, careless of our cousin Aurora’s charming matutinal trick, but there are always the insomniacs, the restless ill, the lovelorn tossing on their solitary beds, or just the early-risers, the busy ones, with their knee-bends and their cold showers and their fussy little cups of black ambrosia. Yes, all who witness it greet the dawn with joy, more or less, except of course the condemned man, for whom first light will be the last, on earth.

I feel like the condemned man when I read a paragraph like this. What this lacks (along with plot and interest) is truthiness. These are empty pretty words. It’s a show of style. It’s a 20 minute guitar solo.

I am enjoying the public debate that has followed the publication of Shields’ book (and Yagoda’s, last year). Perhaps this is partly because I’m working on my own memoir project that I find this line of thought so attractive. Or maybe it’s because I’ve always felt this way — I always want my literature short, punchy and stripped to its “truthy” bones — that I’ve been spending my time writing a memoir instead of slaving over a novel like so many of my friends. In any case, I plan to keep following the dialogue on the fascinating topic of truth in fiction, and I will definitely be writing about this again.